The development of automotive lighting has gradually evolved to another level. In addition to the basic lighting, decoration has become another function. Of course, the ever-changing, the most fundamental of the car headlights is the illumination from the previous halogen. From the headlights to the later Xenon headlights, and now to the current LED lights, the lighting effects and matching decorative effects are more and more prominent.

Different types of vehicles are equipped with different types of car lighting, which makes it intuitive to understand the importance of lighting. Macroscopically speaking, it is an indispensable part of the car driving process. On the micro level, it is even more Reflecting the identity and status of a car, this issue we will focus on car lighting, I hope to help you choose and modify. 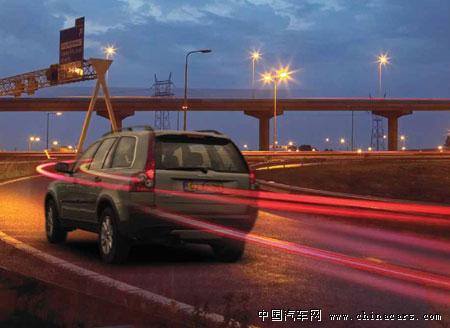 From the perspective of equipment manufacturers, automotive lighting is mainly divided into parking lights, width lights, low beam lights, high beam lights, front fog lights, rear fog lights, turn signals, warning lights, brake lights, reversing lights, license plates. Lights and so on. The width lamp is used to display the width and length of the vehicle at night; the parking light is the directional light switch after the ignition is turned off, indicating the parking position; the turn signal is turned on when the vehicle is turning, intermittently flashing to indicate before and after The left and right vehicles and pedestrians pay attention; the brake lights are used to inform the rear car, the front car should slow down or stop; the fog lights can help the driver to improve visibility when driving in the fog, and can ensure that the opposite car is found in time, Take measures to safely drive the car; the low beam and high beam lights are night lighting systems, and the low beam illumination angle is downward to avoid direct illumination of the opposite driver and pedestrian. 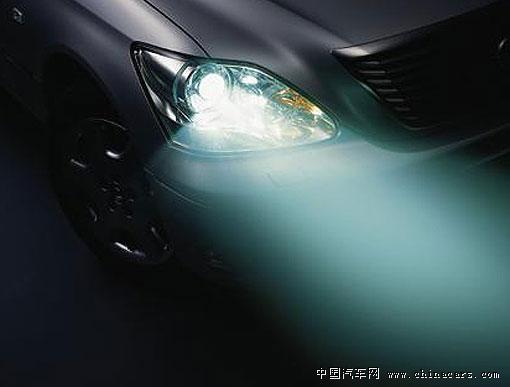 Automotive lighting also includes internal lighting, more common ceiling lights, reading lights, luggage compartment lights, door lights, step lights, instrument lighting, work lights, instrument panel warning lights and so on. Cars and trucks generally only have one ceiling light. In addition to being used as interior lighting, it can also be used to monitor whether the door is reliably closed. In the state of monitoring the door, as long as the door is not reliably closed, the ceiling light will be bright. . The power is generally 5-15 W. The bus ceiling light has a tendency to develop toward fluorescent lamps; the reading lamp is installed at the front or the top of the passenger seat. When the light is collected, the occupant does not dazzle the driver, and the illumination range is small. There are also optical axis direction adjustment mechanisms.

The instrument light is generally connected in parallel with the position light and the license plate light. Some car instrument lighting lights can be adjusted; alarm and indicator lights, common organic oil pressure warning lights, water temperature warning lights, charging lights, turn indicators, high beam lights, etc., alarm lights are generally red, yellow The indicator light is generally green or blue; the work light is a kind of on-board low-voltage lighting tool that can be moved and used during vehicle maintenance, and the power source is from a car generator or a battery. The power is generally 21W, often with hooks or clamps, plugs are a little cigarette type and two-column type. 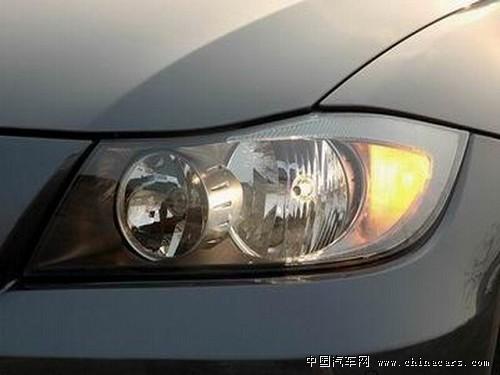 The inert gas in the halogen headlight bulb is doped with a certain halogen element gas. Halogen bulbs are small in size, and the housing is made of quartz glass and hard glass with high temperature resistance and high mechanical strength. The pressure of the inert gas is high, and the halogen incorporated is generally iodine or bromine. Due to the high operating temperature, the working pressure in the lamp is much higher than other bulbs. The tungsten halogen recycling principle is utilized, so the evaporation of tungsten is effectively limited.

At the same power, the brightness of the halogen lamp is 1.5 times that of the incandescent lamp, and the lifetime is 2-3 times that of the incandescent lamp. Halogen bulbs are divided into four types: H1, H2, H3 and H4. Among them, H4 double filament bulbs are widely used in headlamps. H1, H2 and H3 bulbs are single filament bulbs which are often used as auxiliary headlights (such as fog lamps and probes). According to the headlights). 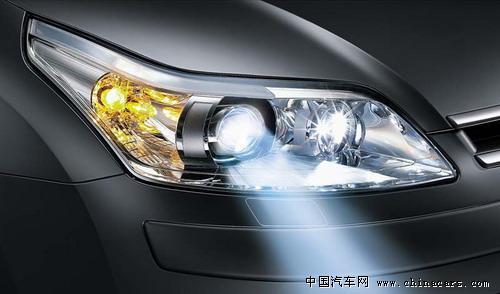 The full name of Xenon headlights is HID (High Intensity Discharge Lamp) gas discharge lamp, which uses the matching electronic ballast to instantly raise the 12V voltage of the car battery to a trigger voltage of 23KV or more, and ionize the helium gas in the xenon headlight to form an arc discharge. It makes it stable and provides a stable car headlight illumination system. At present, Xenon headlights are often misunderstood as "Xenon headlights", "æ°™" xian one sound (Yin Ping), with the word "Xian", "ç–" read shan four sounds (ä»„å£°), and "fan" "fan" homophone .

Xenon lamp is a new type of headlight containing helium, also known as high-intensity discharge gas lamp, referred to as HID Intensity Discharge Lamp. Xenon lamp broke the principle of tungsten light invented by Edison. The quartz tube was filled with high-pressure inert gas - Xenon helium, replacing the traditional filament, with mercury and carbon compounds on the two electrodes, and 23,000 volts through the ballast. The current stimulates the xenon luminescence, creating a perfect white arc between the two poles, and the emitted light is close to perfect sunlight. Compared with ordinary light bulbs, xenon bulbs have two significant advantages: on the one hand, xenon bulbs are three times higher than ordinary halogen bulbs. The light intensity is only two-thirds of the energy consumption; on the other hand, the Xenon bulb uses light color that is almost the same as daylight, creating better visual conditions for the driver. Xenon lamps provide a wider range of illumination and greater light intensity, greatly improving the safety and comfort of driving.

Halogen lamps have the same filament as ordinary bulbs, while xenon lamps have no filaments. This is the most important difference between xenon lamps and traditional lamps. The xenon lamp is illuminated by an electric arc generated by a discharger between the two electrodes, like the bright light of an electric arc generated in electric welding. High-voltage pulsed electricity is applied between the metal electrodes in the fully enclosed micro-quartz bulb (tube) to excite the material in the bulb (helium, a small amount of mercury vapor, metal halide) to ionize in the arc to produce light. This bright color temperature is similar to that of sunlight, but it contains more green and blue components, so it appears blue-white. This blue-and-white light greatly increases the brightness of road signs and signs. The xenon lamp emits more than twice the luminous flux of the halogen lamp, and the efficiency of converting electrical energy into light energy is also more than 70% higher than that of the halogen lamp. Therefore, the xenon lamp has a relatively high energy density and light intensity, and the operating current is only half of that of the halogen lamp. . The increased brightness of the lights also effectively expands the visual range in front of the car, creating a safer driving condition.

The automobile HID xenon lamp is different from the traditional halogen lamp. This is a high-pressure discharge lamp. Its illumination principle is to use positive and negative electric stimulation to stimulate the reaction of helium with rare metal, so there is a small glass ball in the tube. It is filled with helium and a little rare metal. As long as the current is used to stimulate them to carry out chemical reactions, the two will emit light with a color temperature of up to 4000K-12000K. It uses a special ballast that uses the 12V voltage of the car battery to generate a trigger voltage of 23000V or more to start the lamp. The brightness of 0.8 seconds at startup is 20% of the rated brightness, reaching the brightness of the halogen lamp, and making the headlight reach more than 80% of the rated brightness within 4 seconds. After the lamp is stabilized, the ballast supplies approximately 85V of supply voltage to the lamp to maintain the lamp at constant power. 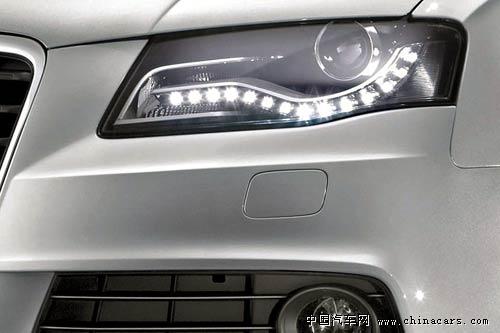 LED lamps have been widely used in automotive applications, such as automotive interior lighting, system status indicators, daytime running lights, fog lights, and rear-mounted combination lights equipped with LEDs, which are currently the most common. It is also a brake light and a turn signal. At present, the price of cars equipped with LED lighting fixtures is also showing a trend of lower and lower. For example, the rear combination lamps of BYD, Chery, and the joint venture brand SAIC-GM Hyatt are increasingly using LED light sources. And LED has completely entered the low-end models in the market in the car signal lights.

As a new thing, LED headlamps have been mixed in the market, but the application of LEDs to automotive headlamps has been valued by more and more car manufacturers and lamp manufacturers. The main reason is that it has the advantages of energy saving and long life compared to other light sources. In today's social environment of environmental protection and energy conservation and emission reduction, the development prospects of LED are broad and unquestionable. LED light sources are always closely linked to environmentally friendly low consumption. In 2011, Europe will fully enforce the use of daytime running lights (DRL), while LED technology is mainly aimed at reducing CO2 emissions and fuel consumption.

At present, the far and near light of the automobile headlight mainly uses a single light source system such as a halogen and a xenon light source, which greatly limits the shape of the automobile lamp. However, with the development of high-power LED technology, LEDs have become possible as light sources for far and near light. At the same time, LEDs can be combined with multiple light sources, which will completely change the shape and arrangement of the car headlights. The concept car model that was not possible with halogen or xenon light sources in the past can be perfectly realized using LED light sources. For example, LED light sources can be arranged using multiple light sources, and multiple mirrors or lenses are used for optical design to make the lamps more compact. Designers can use 2 LEDs to form a low beam, or use more modules to combine the low beam, and these modules can fully comply with the requirements of the stylist.