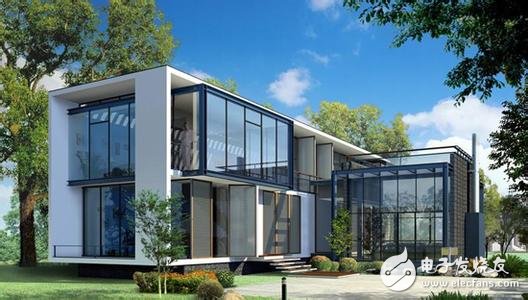 Strictly speaking, these three smart home platforms are not the same. The â€œrootsâ€ they rely on are very different. Jingdong relies on e-commerce platforms, Tencent relies on social platforms, and Baidu relies on search platforms. However, the common point of this smart home platform is also obvious. There are four main aspects: First, although the specific business is different, the main body is the Internet technology company; the second is to build a smart home platform, layout In the field of smart homes; thirdly, not everyone is fighting, they all have their own partners; fourth, they are self-directed, but they must be able to drive the marketing of partner hardware through their own influence.

Is there a lot of coincidences, is it purely coincidental? I am afraid not always. People who are concerned about the smart home industry can easily find that several common points of these smart home platforms are somewhat similar. That's right, Apple's smart home platform Homekit is almost exactly the same layout mode.

In early June of this year, Apple launched its own smart home platform, Homekit, at WWDC (Apple Global Developers Conference), announcing its formal entry into the smart home field. As an application suite, Homekit is part of Apple's new system IOS8, which integrates the siri voice function, allowing users to control and manage smart door locks, lighting devices, thermostats, smoke detectors, smart appliances, etc. in their homes through Apple hardware devices. Devices that make the user's smart life easier. The key issue is that Apple itself does not have smart home hardware. The hardware is also provided by third parties. The partners include iDevices, iHome, CREE, August, Marvel, PHILIPS, Withings, BROADCOM, etc.

Internet technology companies, the layout of smart homes, and their own collaborators, how does Apple bring "welfare" to partners? In fact, this is not difficult to understand. For third-party collaborators, being able to be mentioned by Apple and being able to establish a partnership with them is a promotion, and certainly not so. With the smart door lock August, the brand's smart door lock has long been famous, but it has not been sold. When it officially entered the store this year, the store that entered the store, in addition to its official website, also has an Apple retail store. I am afraid this is also an important reason why Apple can cooperate with August.

To build a smart home platform, Apple is not the first person to â€œeat crabsâ€, but the development model of smart home platform has become popular because of it. At least before and after Appleâ€™s news of building a smart home platform, no company can grab smart with Apple. Home headlines, the strength of the limelight can even be compared with Google's purchase of Nest at the beginning of 3.2 billion US dollars. Apple may not consider "empty gloves and white wolves", but mutual cooperation and resource interoperability are definitely important strategies for its rapid development of smart home.