Skip to content
October 23, 2020
On November 11th, last night, the guest team participating in the APEC CHINA 2014 welcome dinner arrived at the â€œWater Cubeâ€ and passed a â€œlight red carpetâ€ to impress the scene and the TV audience. Zheng Hongwei, the chief creative designer of the red carpet and the director of the lighting design office of the Beijing Architectural Design Institute, was introduced during an interview with the reporter. The red carpet from the creative to the realization of the semi-annual and rehearsal, "China Red" welcomes visitors from all over the world. It was the first successful attempt. 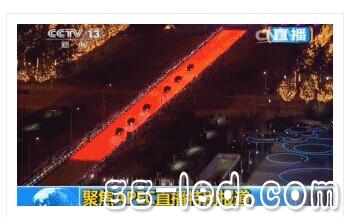 That night, as the vehicle progressed, the red LED lights on the ground spread forward like waves, forming a feeling of swaying, eventually forming a large red carpet with LED lights, reaching the North Gate of the Water Cube.

â€œIn fact, the idea of â€‹â€‹red carpet was already brewing a few years ago, but it has not been realized due to technical limitations. The creative team worked hard at the APEC meeting to achieve the technical breakthrough. Zheng Jianwei said that this includes two aspects, one is low-angle, long-distance LED uniform light projection technology, and the other is high-precision infrared induction control.

He specifically said that the red carpet effect was produced on a road more than 10 meters wide, and the height of the lamp was usually at a height of 2 meters. But this will block the welcoming crowds on both sides, and the pipeline will also directly hit the car to make the guests feel glare. Through repeated commissioning, the height of the final lamp is about 0.5 meters, in the position of the human calf.

When evaluating the lighting effects, Zheng Jianwei said that the lights can be lighted with the car and synchronized with the car. And the lamps can also be reused and save environmental protection.

"The successful realization of this lighting effect is inseparable from the efforts of the team and the support of the relevant departments. The public's recognition of the effect of 'China Red' to welcome the Quartet is our best award," he said.