Skip to content
February 13, 2020
An industry insider describes the relationship between entrepreneurs and investors very interestingly: â€œThe relationship between entrepreneurs and venture capital is like falling in love. When they are in adolescence, they are looking for each other. At first sight, there are good things, and there are good things like glue. There are also anti-headings.

Yan and Wu Changjiang in NVC Lighting have vividly interpreted this relationship.

The "big drama" staged between Wu Changjiang and Yu has been going on for nearly a year. The experience of Wu Changjiangâ€™s curve of saving the country into the NVC lighting board has continued for nearly a year. On April 5, NVC Lighting announced that it had resigned as the chairman of the company, a non-executive director and a member of the remuneration committee. The chairman of the board of directors was replaced by non-executive director Wang Donglei. This announcement does not address the changes in the position of Wu Changjiang, the founder who previously announced his recent return to the board. In this news, Wu Changjiangâ€™s statement is not known, but this situation is a difference with Wu Changjiangâ€™s original desire.

However, this news may indicate that the entrepreneurs and investors are temporarily entering a stable period.

A mountain can not accommodate two tigers. As the founder of NVC Lighting, Wu Changjiang is a strong entrepreneur. One example was the use of distributors to power the power seven years ago. As a founding partner of Safran Asia, he is also a strong investor, all in Safran. More than 90% of the projects that have been invested are led or voted alone. When a strong investor encounters a strong founder, the contradiction seems to have been doomed to be inevitable. But the result of one year of guilt is that the performance of NVC Lighting has fallen sharply. The 2012 annual report showed that the net profit of the parent company during the period was nearly 8.416 million yuan, a year-on-year decrease of 98.46%, and the gross profit decreased by 21.87%. In 2012, the company's revenue reached 3.546 billion yuan, down 6.64% year-on-year.

This may be the ending that Wu Changjiang, an entrepreneur, and the investor, are not willing to see. So both of them tried to adjust the thorns on their body in order to find a more comfortable way to get along. Thus, in December last year, Wu Changjiang introduced Dehao Runda through share transfer. In September last year, Wu Changjiang also returned to NVC as the head of the temporary operation committee. When everyone is saying that the three kings, Wu Changjiang, and the president of Dehao Runda, Wang Donglei, will end in the same way, the news of the resignation of the chairman of the board will be "guessed." At the beginning, I may not have guessed the ending."

But this is also an unexpected and reasonable thing. Entrepreneur and investor represent the two ends of industry and capital, respectively, which are the ends of using different rules of the game. If these two or different tracks of the game are to work in harmony, both parties must pay attention to the appropriate "degree".

Investors have said that for investors, it is not only to invest in a company, but also to bring value to the company and help the company grow healthily. Many entrepreneurs now think that investors are investments, and others can ignore them. This is actually not true. Investors should still be responsible for the company and properly question the company's operations. We said that we do not object to PE institutions to deal with corporate management, because investors play capital operation games, the purpose is to maximize capital benefits, and the appropriate placement of directors in the management of the company is also commonplace, is the practice of investment companies. It can also inject fresh blood into the management of the company. But the key is how to "appropriately ask questions" instead of encountering obstacles.

Of course, entrepreneurs can't follow the NVC lighting storm, they regard investors as "flooding beasts", and think that investors who invest money are trying to dilute shares, the purpose is to take away the companies that have worked hard. Such an idea is also unnecessary. At this stage, if companies want to grow bigger, it seems to be a hot spot for investors to find financing, because investors not only provide funds, but also management, strategy, resources, and talent support. Entrepreneurs often lack many investors. Some experience.

However, once the entrepreneur's project is taken care of by investors, the two-party game begins, and this game is by no means a zero-sum game. And the natural contradiction between entrepreneurs and investors, how to carry out the "sentimentality" at the beginning of cooperation to the end, rather than the "hostility" of friction in the process and even eventually lead to parting ways?

Perhaps Sequoia Capitalâ€™s advocacy of â€œthe entrepreneur behind entrepreneursâ€ may be the best answer.

This Computer Speaker is powered by USB interface on computers or laptops, plug and play, save energy. 3W output brings you high-quality clear binaural sound. Lightweight and portable design makes you can hold it with single hand, save space on the desk. Made of ABS and TPU, which makes this speaker durable and firm. Believe it is a great companion for your computer and laptop. 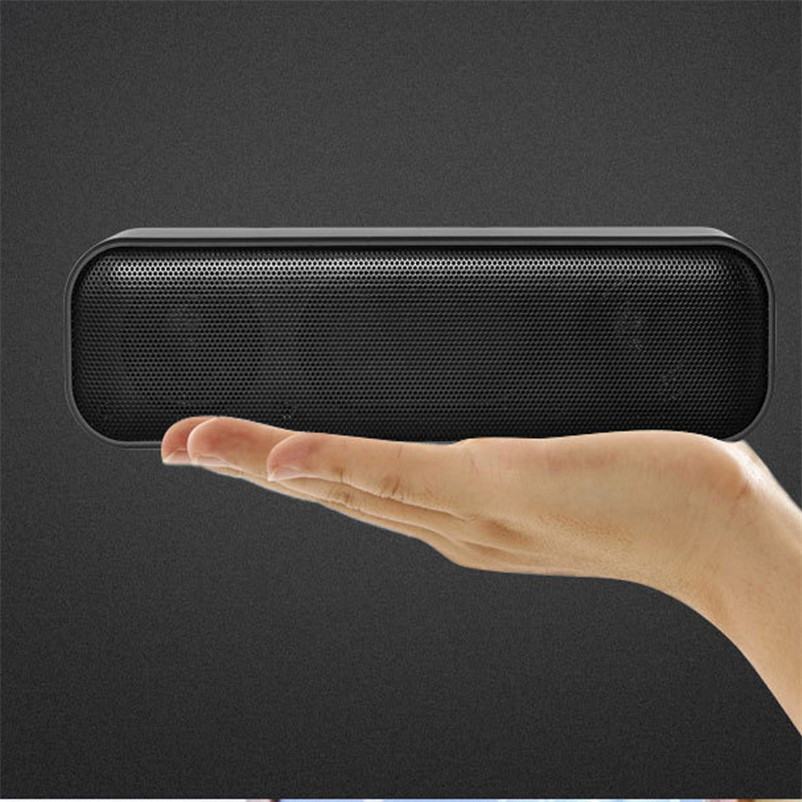