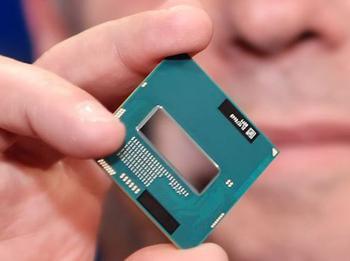 In a recent media communication meeting, Ms. Zhang Yizheng, Director of Intel China Marketing Department, shared some of Intelâ€™s vision for the future of Ultrabooks and digital homes.

Ultrabook has been the key strategy of Intel for the past two years. It was learned from Ms. Zhang Yizhenâ€™s mouth that this positioning will not be shaken in the future, and will promote Ultrabook as Intelâ€™s top category.

At the 2013 Computex Taipei to be held on June 4th, Intel's fourth-generation processor Haswell will be released and will be applied to the ultrabook later. When interviewed by the CNET reporter, Zhang Yijing said "This data is available, but it is not yet possible to reveal how many Ultrabooks equipped with Haswell chips will come out in the second half of this year. However, the entire quantity will not be less than the number of ultrabooks we launched in the initial stage. The earliest A market will be available by the end of July.â€ By then, perception computing will become the protagonist, such as gesture tracking, speech recognition, facial recognition, augmented reality realized through 2D/3D object tracking Interactive experience. Perhaps voice control will replace the current touch operation in the near future.

From the second half of last year, various forms of ultrabooks came out one after another. Pluggable, 360-degree rotatable, skidable, etc... These products did not show more when they brought product hardware innovations. "Ultra-pole" content, such as software applications. Zhang Yizhen revealed to reporters that the problem does exist and Intelâ€™s software department has already realized this, and in the future it will do more to enrich the content of the ultrabook.

So, how is the ultrabook promoted? How does price enter the mainstream price range? According to the survey data given by Intel, the market awareness of the ultrabook has reached 83%. However, the ultrabook is less than 5,000 yuan on the market, and many ultra-pole products are more than 10,000 yuan. We can't deny that mainstream consumers are very sensitive to prices. Intel stated that the classic ultrabook, that is, the non-deformable, superbook price with notebook form will sink to the mainstream consumer price range. Ultrabooks, especially ultrabooks with a combination of tablet and notebook, are not yet available. This requires a transitional period.

It is reported that Intel currently changes the traditional promotion model. The CNET reporter followed Intel employees at the end of last month and visited Intelâ€™s first Intel Core product experience store in Jiaozuo City, Henan Province. At the same time, Lenovoâ€™s Yoga 13, Toshiba 920t, Sony duo 11, and many other deformed ultrabooks were brought to Jiaozuo. This caused great public interest and excitement at the time, and it was very easy to get started and accept this innovation in the process of their experience. In addition, during the May Day holiday, Intel set up ultra-pole product booths in some large shopping centers in 8 cities across the country. Intel believes that shopping centers have a large number of passengers, young people and children, and they are highly receptive to innovative products. This can directly or indirectly result in consumption of ultrabooks, and their experience and content are very attractive. importance.

In addition, about WiDi (Intel WirelessDisplay, full name wireless high-definition technology) has also been Intel's push project. Intel believes that many families now own several computer devices, each playing its own, resulting in lack of affection and communication. So Intel proposed the idea of â€‹â€‹capturing the living room in three aspects: happy family, happy old age, and children education. Especially this year, many companies including Microsoft and Google are trying to seize the living room of consumers. What are the advantages of Intel in the face of competition?

In response to a CNET reporterâ€™s question, Zhang Yixin said: â€œCompetition is a very good thing. The ultimate beneficiary of competition is the consumer. Intelâ€™s vision is different screens, regardless of size, are all on the IA architecture. Smooth transitions and experiences are guaranteed. The smooth transition of screens and content is very important to consumers and it is Intel's unique place."