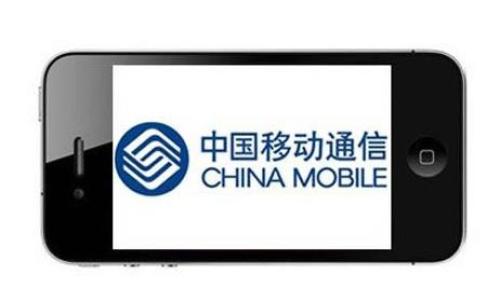 A few days ago, China Mobile stated that in the second half of the year, the principle of all five-mode customization machines will no longer force all single-chip SoC solutions. This move was seen as a sign of goodwill for local chip makers following China Mobileâ€™s announcement that five models had been put into storage in May (inbound products refer to China Mobileâ€™s customized products) and caused domestic chip rebound. However, the industry believes that the trend of the five models has become irresistible. In the face of the strong position of foreign chip giants, local chip makers are facing a lot of challenges.

No longer insist on five-mode single-chip

In the â€œChina Intelligent Terminal Industry Summitâ€ jointly organized by the Institute of Telecommunications and the TD Industry Alliance of the Ministry of Industry and Information Technology recently, Cheng Zheng, Project Manager of Product Department of China Mobile Terminal Company, interpreted China Mobile's T D-LT E terminal product strategy in the second half of the year. .

Zheng Zheng said that terminal resources will be fully tilted towards T D-LT E. With the maturity of TD-LT E smartphones, shipments will go beyond T D-SCDM A in the third quarter. Zheng Zheng believes that by the second half of the year, the overall TD-LT E chip will meet the market demand and push the price of the TD-LT E five-mode smart phone down to the order of 600 to 700. Zheng Hao specifically mentioned that the end product is no longer forcing five-mode single-chip.

Previously, China Mobile had updated the "White Paper on TD Custom Terminal Products," saying that starting from May, the TD-LT E4G handsets required to be in storage must support five-mode, and the three-mode mobile phones are only available until April 30th. For mobile products that do not go into storage, subsidies will be given but channels will be subsidized. As the current supplier of five-chip chips is only Qualcomm (80.61, -0.32, -0.40%), the five models of domestic chip makers are still in R&D, and mass production will be available in the second half of the year. The most relevant products for the terminal are also available at the end of the year. This move was seen by the industry as a major blow to domestic chip makers.

Industry analysts believe that China Mobileâ€™s relaxation requirements are due to pressure from Telecom and China Unicom to start 4G. In the industry's view, the trend of five models cannot be stopped. "Not only is the technology update problem, but the key is that there is no market." A chip maker in Shenzhen said that taking China Mobile as an example, three-mode terminals can only be operated in China or in networks supporting TD-LTE. This is inconsistent with China Mobileâ€™s strategy of achieving â€œa global terminalâ€.

Foreign chip status is difficult to shake in the short term

Qualcomm, which is only from the United States, is one of the largest LTE terminal chips in China. According to public statistics, China Mobileâ€™s T D-LT E terminals purchased in Q2 2013 accounted for more than 60% of Qualcomm chips, and it is expected that Qualcomm chips may account for 70% of all 4G terminal products purchased by China Mobile in 2013. about. This means that it is difficult for domestic chip makers to really get a share of the move. According to the data released by the China Semiconductor Association, the total revenue of the top 10 companies is less than 1/3 of that of Qualcomm.

Jin Yidun, deputy secretary-general of the TD Industry Alliance, believes that in addition to leading foreign chip companies entering the game, leading to more intense competition, multi-mode and multi-band will become an inevitable trend, and operators will also have a demand for six modes. The five-mode chip will mature in the second half of the year. And consider compatibility with the CDM A model in 2015. At present, only Qualcomm has six-mode commercial chips. Local chip makers can't be expected. In addition, the risk of intellectual property is increasing. Foreign manufacturers have adopted discriminatory competitive strategies against domestic manufacturers, using patented preemptive advantages to exploit Chinese terminal manufacturers and crack down on local competitors.

We engineer Loudspeaker solutions that offer great durability, quality sound, and peak performance. When an electrical signal is applied to the voice coil it generates a magnetic field. The voice coil and magnets within the Speaker interact causing the coil and attached cone to move, generating sound. Our loudspeakers incorporate large magnets and particular voice coils to handle a broad range of frequencies and sounds. Additionally, our loudspeakers can be configured in multiple cone materials, sizes, shapes and gaskets to adapt to different operational environments. We have provided loudspeaker solutions for both indoor and outdoor applications. Our loudspeaker designs can be found in home theater systems and on the handlebars of some of the most exquisite motorcycles.