In the 3G era, Qualcomm's SoC solution not only has strong performance and high integration, but also leverages its patent barriers to make Qualcomm's products the most comprehensive in terms of network support. In addition, it also provides mature QRD terminal reference design solutions. The factors made Qualcomm the biggest winner in the 3G era. Qualcomm's single baseband chip can provide full network support for TD-SCDMA, CDMA2000 and WCDMA, while its low-end main competitor MediaTek's solution can only support WCDMA and TD-SCDMA, although MediaTek obtained CDMA2000 from VIA in the later period. Authorization, but has missed the best development opportunities in the 3G era; and Infineon's solution can only support WCDMA and GSM due to patent barriers, which has also caused its market share in the 3G era to remain sluggish.

Every time a mobile phone manufacturer ships a smart phone, in addition to paying the chip or solution fee to Qualcomm, it also pays a certain percentage of the patent license fee to Qualcomm according to the stand-alone selling price, and these costs will eventually be passed on to the consumer indirectly. Body. Qualcomm's 2013 financial report shows that nearly half of its revenue of 25 billion US dollars comes from China's mobile phone manufacturers, Qualcomm can be said to be earned. In addition, even if the terminal manufacturer does not use Qualcomm's SoC solution, it is also difficult to bypass Qualcomm's patent wall, and still need to pay PCT license fee to Qualcomm. When this part of the patent cost is added to the product, it will inevitably make these products less competitive. .

Therefore, for most manufacturers, in the case of a small difference in hardware costs, it is better to choose Qualcomm's solution if you choose other programs to pay Qualcomm's patent license fee. Therefore, Qualcomm's use of the patent wall, whether in the core patent licensing, or in the actual product, has reached an overall monopoly on the terminal equipment program. In the 3G era, Qualcomm, with its advantages in patents, is quite a scorpion to make the princes stand.

4G era puzzle: can the 3G pattern still be

Due to the limitation of the chip manufacturing process, the performance improvement of the mobile processor has become a bottleneck in the short term, so manufacturers have focused on the research and development of the chip to support the 4G network.

Qualcomm still has an absolute advantage in 4G products so far, and now only Qualcomm's solution can be commercialized. In China's 4G market, currently 4G is only officially commercialized by China Mobile's TDD-LTE. Although Broadcom and Marvell also have plans to support TDD-LTE, China Mobile's standard for 4G mobile phone purchase and storage requires the terminal to support five-mode and ten-frequency. At present, only the Qualcomm solution can fully satisfy this mandatory requirement. In order to enable their products to be selected into China Mobile's procurement library, each terminal manufacturer must adopt Qualcomm's Snapdragon solution. Qualcomm rushed to the top of the line before MediaTek and Intel sent troops, and won the top spot.

Although Qualcomm's main competitors MediaTek and Infineon's 4G solutions have been released, and the reliance on Qualcomm patents has been greatly reduced, but the two 4G solutions are currently only in the paper release stage, not a real actual product release. Therefore, to see the 4G products using MediaTek and Infineon's solution, we still need to wait until Q3 or Q4 this year. It can be seen that Qualcomm took the lead in the 4G first year, but whether it can continue to maintain its absolute advantage in the future is still an unsolved mystery.

The break of the 4G era: Qualcomm patent wall reveals a gap

In the 4G era, Qualcomm's advantages in network standards will be weakened. Its main competitors, MediaTek and Infineon, can provide support for two major 4G standards, TDD and FDD. Qualcomm wants to get the 3G era. Absolute dominance is unrealistic.

The weakening of the advantages of network standard support is only the appearance. The deeper reason is that Qualcomm's patent wall in the 4G era has begun to show a gap: 4G patent control is more dispersed. Qualcomm's core patent in the 4G era is from the 3G era. 38% fell to the current 14%, for 4G Intel, Samsung, Ericsson, Huawei, Nokia and even LG have a greater say, Qualcomm wants to continue to pass the patent monopoly is no longer possible. First-class companies sell standards, second-rate companies sell technology, and third-rate companies sell products. In the 3G era, Qualcomm can be said to be the maker of 3G standards, but in the 4G era, due to the 4G standard discourse right, it stays more at the technical and product level. .

However, Yu Wei in the Qualcomm 3G era will remain in the 4G era. In the early stage of 4G development, it is still unable to completely get rid of the limitations of 3G technology, especially the voice service: now 4G voice implementation mainly has circuit domain fallback (CSFB) and VoLTE. Solution, the former is a technology that allows LTE mobile phones to "fall back" to 2G/3G networks to complete circuit-switched calls, while VoLTE can achieve high-definition voice through 4G. Although 4G VoLTE can implement voice services, other chip manufacturers cannot use this to completely bypass Qualcomm's patent wall: because even if operators deploy VoLTE, it is still impossible to cover LTE networks in all regions, without LTE networks. The terminal will still fall back to the 3G voice and data network. Therefore, 4G and VoLTE seem to allow other chip manufacturers to bypass the patent wall of Qualcomm's 3G era, but the actual situation will not work in the short term. Unless the operator reaches the full coverage of the 4G network, the 4G product still needs to be complete. The 3G function, the patent wall left by Qualcomm in the 3G era will not completely collapse in the 4G era, but will only partially collapse and reveal the gap.

The 4G era changes: from the heroes to the three countries

In the 4G era, MediaTek is late, but with its low-cost, high-integration advantages, it will continue to capture the low-end market and replicate its success in the functional machine era and the 3G era. For Intel/Infineon, the arrival of the 4G era provides a development opportunity for it to compensate for its shortcomings in network standard support, but its integration with Qualcomm and MediaTek. There is still a gap in terms of degree. Intel needs to come up with a SoC that integrates 3G basebands by the end of this year, and products that integrate 4G basebands will need to wait until next year. Although Intel/Infineon has a certain gap between Qualcomm and the time point of network standardization and integration, the gap between the two is significantly smaller than that of the 3G era. The baseband is not a significant shortcoming for Intel's mobile processors, and its success depends more on the CPU itself.

In addition, Huawei Haisi, Huawei's voice in the 4G central office equipment, has made itself a chip manufacturer capable of providing full network support in the first time, although the solution of Hess is basically only applied. Huawei's own products, but it has broken the technological monopoly of foreign manufacturers to a certain extent, making it a banner of the core technology of state-owned brands.

Although NVIDIA has decades of experience in desktop systems, it has great advantages in CPU and GPU technology. However, due to the lack of baseband solutions, its product market performance is not good, even NVIDIA's acquisition of baseband manufacturers has not changed this game. NVIDIA is also aware of this shortcoming, and it is difficult to achieve a reversal in the short term. It can only make a difficult decision to withdraw from the mobile phone processor market, positioning the attack direction to the tablet, car, smart home without the need for baseband support, but more attention to graphics. The field of performance.

Broadcom is stronger than NVIDIA in the baseband field, but it does not have an advantage in terms of performance. It is reported that Broadcom is also preparing to sell its mobile phone chip business in order to invest more resources in the Internet of Things and wearable devices. Marvell and Broadcom, the three-line SoC solution providers, have a certain living space in the early stage due to the early launch of 4G products. However, after MediaTekâ€™s 4G solution is released, their products are not superior in cost and performance. Being eliminated, NVIDIA, Marvell and Broadcom will only be the outposts of the 4G era.

In the 4G era, the mobile processor pattern has changed suddenly. It is foreseeable that Qualcomm is still the biggest winner and has the largest market share and benefits. However, the gap between MediaTek and Intel will be further narrowed, and there will be more opportunities, while other small chip manufacturers. Due to the shortcomings in terms of performance and network support, the three countries are expected to foresee the situation in the 4G era. 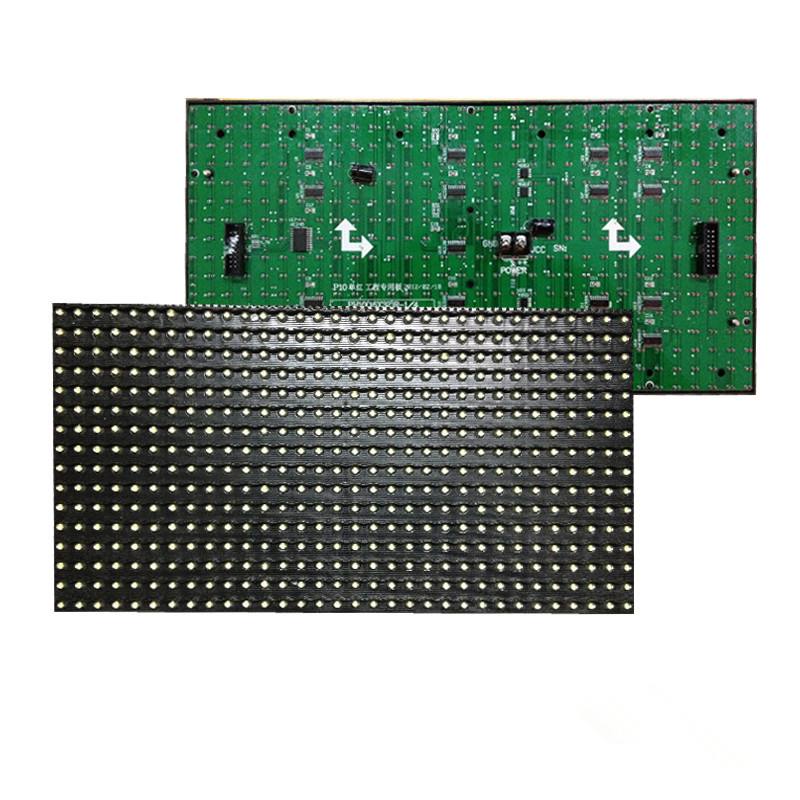 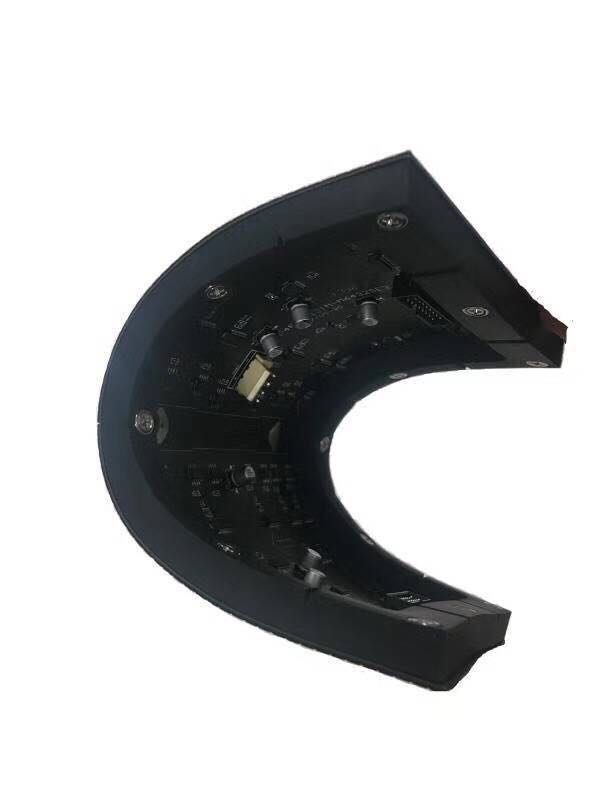