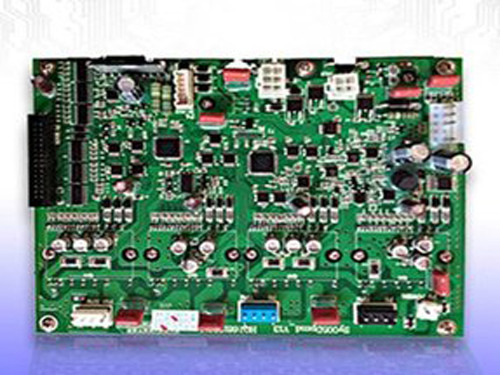 According to data released by the Beijing Municipal Commission of Economics and Information Technology, in the first half of this year, the city completed a total of 213 shutdowns of high-energy-consuming and polluting enterprises, and the quality and benefits of economic growth have improved. With regard to the construction of smart cities, the coverage of non-profit wireless Internet access will continue to expand, and a multi-purpose citizen card will soon be able to serve the citizens.

Industrial production stabilized in the first half

According to data released by the Beijing Economic and Information Technology Commission, in the first half of this year, Beijing's industrial added value increased by 6.3% year-on-year, and the growth rate increased by 0.3% from the first quarter. Production of industrial enterprises in this city has stabilized and picked up. In a single month, the value-added of industrial enterprises above designated size in the city increased by 7.7% year-on-year in June, which was an increase of 2.5 percentage points from the month of May, showing a clear upward trend. As of the end of May, the number of industrial employees above designated size in the city reached 1.09 million, and the total labor productivity reached 301,000 yuan/person, an increase of 26,000 yuan/person over the same period, and the quality of industrial operations further improved. Specifically, the added value of modern manufacturing and high-tech manufacturing industries is obviously faster than the growth rate of industrial added value above the scale of the city, and the industrial structure is continuously optimized.

This year will exit 300 polluting enterprises

Reflecting on the gradual shift of the industrial structure to high-precision, Beijing will continue to increase its efforts to adjust and withdraw from polluting enterprises this year. According to the â€œBeijing Clean Air Action Plan for 2013-2017â€ released earlier, the cityâ€™s industrial sector will accelerate the implementation of industrial restructuring, and by the end of 2016 it will promote the withdrawal of 1,200 polluting enterprises. Zhang Boxu, director of the Beijing Economic and Credit Commission, once told reporters that this year will focus on adjustments and withdrawals of 12 industrial pollution industries such as brick, lime, stone, furniture, paint, printing and dyeing. â€œAll polluting enterprises adjusted out of Beijing must not bring Pollution moved to the field."

Yesterday, the data disclosed by the Municipal Economic and Information Commission showed that up to now, the city has completed the shutting down of 213 high energy-consuming and polluting enterprises and completed 71% of the annual tasks. Zhang Boxu once disclosed that the original goal of â€œadjusting to withdraw 300 polluting enterprises within this yearâ€ will be achieved ahead of the end of October.

Free WiFi coverage will be expanded

According to report, in order to implement the broadband Beijing action plan and make Beijing a wireless city for mobile internet, since 2011, the city Economic and Credit Commission has promoted the trial of â€œMyBeijingâ€ free WiFi government brand and organized telecommunication operators in Xidan and Wangfu. Nearly 4,000 APs (wireless access points) have been built in areas such as wells and railway stations to provide free Internet access to citizens.

Yesterday, the city's Economic and Information Technology Commission pointed out that currently the city's public welfare wireless access service is a pilot nature, providing that each AP shares 2 megabytes of bandwidth, which can satisfy usersâ€™ needs for browsing the web, Weibo and other basic network services. Suitable for large data traffic services such as video. In the future, the Economic and Credit Commission will expand public welfare wireless internet coverage through government procurement services, and provide free wireless access services for public access to public affairs information such as government affairs, public services, and tourism.

The Citizen Card Program remains to be considered

In April of this year, when Zhang Boxu visited Beijing City Radio, he said that the upcoming Citizen Card can carry functions including bank payment, social security card, water and electricity card, and public transportation card. Zhang Boxu said at the time that technically it was not a problem, but since each card's back-office services were separated, and fixtures and settlements were all independent, the solution to the problem was not on the cards but on the integration of resources.

According to Zhang Boxu's statement at that time, the citizen card function integration plan is expected to be officially launched at the end of the year. The first step is to integrate a portion of the cards and then resolve the matter in batches and in batches to truly realize â€œone cardâ€. According to the reporter's understanding, the Beijing Capital Information Technology Commission has already organized more than 20 leading IT companies to participate in the preparation of the Smart Beijing Major Project Demonstration Project, formulated government affairs cloud, Beijing Tong, and other major application engineering technology programs and implementation plans, and coordinated the card company and the Shunxin Group. Other smart card R&D and application institutions proposed a Beijing-based citizen card function integration program based on one card and multiple applications, but the plan has not been reviewed by the municipal government.