If you think that Intel's business is still limited to PC, it is a big mistake. Intel's tentacles have been extended to wearable devices, smart homes, automobiles and other fields, and not only provide processing chips. In the automotive field, Intel and Ford cooperate with each other. Launched a car operating system called Mobii.

Mobii is the abbreviation of Mobile Interior Imaging, which means mobile internal imaging. The main selling point of Mobii car operating system is personalization. The camera distinguishes the owner and passengers, and then judges the different behaviors of the owner and passengers and responds accordingly. It can be said that This is a futuristic product. 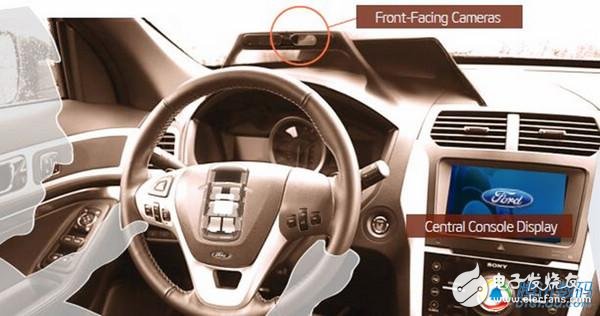 What can Mobii do?

Intel has already launched a prototype with the Mobii system, which is a Ford Explorer. According to TIm Plowman, Intel Research Experience Solution Architect, the prototype will have a built-in camera and an existing sensor. Combine data and driver habits to improve driving and ride experience.

1, remote observation of the car situation

The Mobii system allows it to be connected to an Intel mobile phone and use a mobile phone to remotely observe the inside of the car. In addition to checking if there is anyone in the car, it can also be used to find items left in the car. If you have already entered the house and suddenly forget whether you have forgotten the bag in the back seat of the car, this function will come in handy. Compared with running to the garage to see it yourself, it is much more important to observe it remotely through the mobile phone. 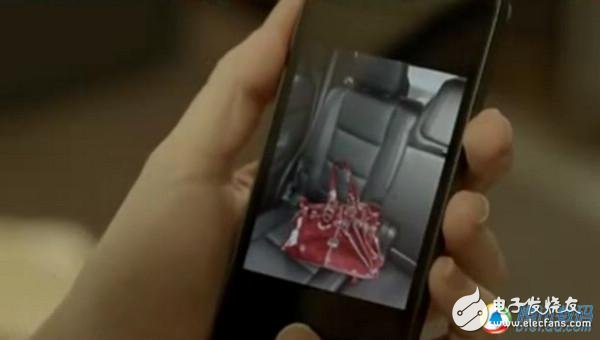 Cars equipped with the Mobii system can use the front camera to identify the driver's face to determine whether the owner or other person is sitting in the driver's seat, and then automatically activate different driver settings. If the Mobii system confirms that the owner is sitting in the main driving position through the facial features, it will automatically activate the relevant personal information, including the owner's schedule, music, contacts and call history.

At this time, if a passenger is sitting in the passenger seat, the central control screen will only display the navigation information, and other private information will be filtered out to ensure the driver's privacy when providing a personalized driving experience.

In addition to providing a personalized driving experience, facial recognition can also be used for theft prevention. If the Mobii system recognizes that the person sitting in the main driving position is not the owner of the car, it will automatically take a photo and send it to the owner's mobile phone. The owner can remotely control whether the person is allowed to drive the car. If allowed, the opponent can also be controlled. What features of Mobii can be used, and if rejected, Mobii will always monitor the person sitting in the driver's seat until the problem is solved. 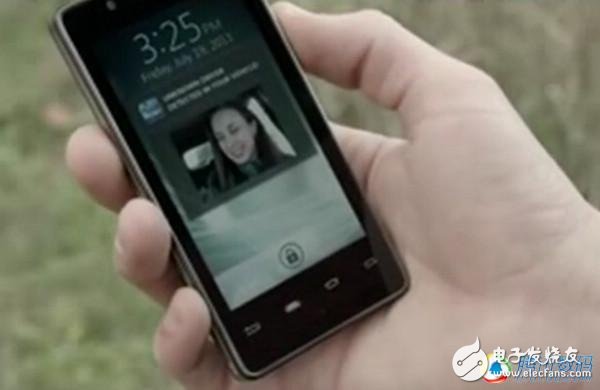 4. Identify who reaches the screen 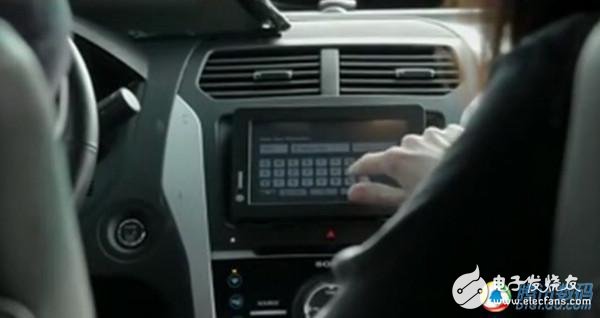 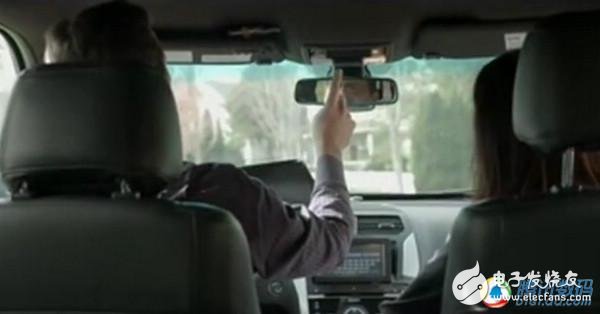 In addition to the built-in camera for facial recognition inside the car, the Mobii can also be equipped with multiple external cameras to monitor the environment around the vehicle, alerting the car to turn and deviating from the lane to avoid collisions.

The two ways of Google and Apple are hard to say, but the main difference is only reflected in the display of the central control screen. The essence is to control the car through voice commands. Apple uses Siri, Google. Itâ€™s Google Now. 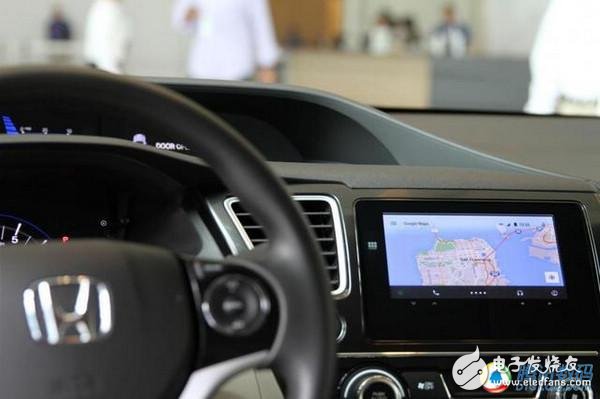 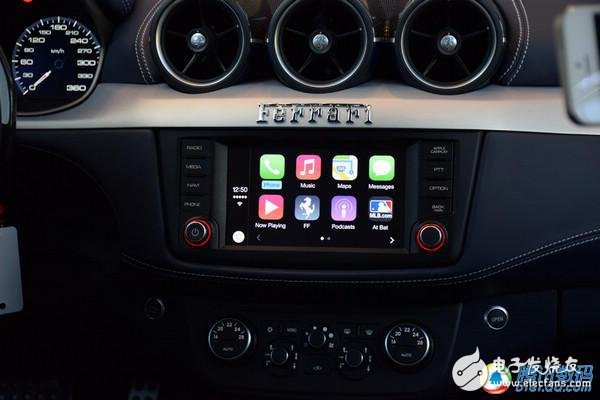 From the perspective of voice control, it is hard to say that Mobii is more advanced than Android Auto and Carplay. After all, Siri and Google Now are relatively mature voice interaction solutions, and Intel's solution has not been tested by the market. However, Mobii does not use pure voice control, but a combination of natural gestures and voice control. As in the front, because the built-in camera is added, the driver or passenger gesture can be recognized, so that more functions can be realized. It can also make the voice command get the most simplified, improve the efficiency and accuracy of the execution, I think this is the advanced level of the Mobii system.

Mobii disadvantage: the action is too slow, still in the prototype stage

Although Mobii looks more advanced than Android Auto and Carplay, its disadvantages are obvious. The biggest disadvantage of Mobii is that it is too slow. It is still in the prototype stage, and there is still a long way to go from real commercialization. In contrast, Google and Apple has already gone very fast in smart cars. Google has formed alliances with more than 40 auto partners, including both good cars and popular brands, with a wide coverage. 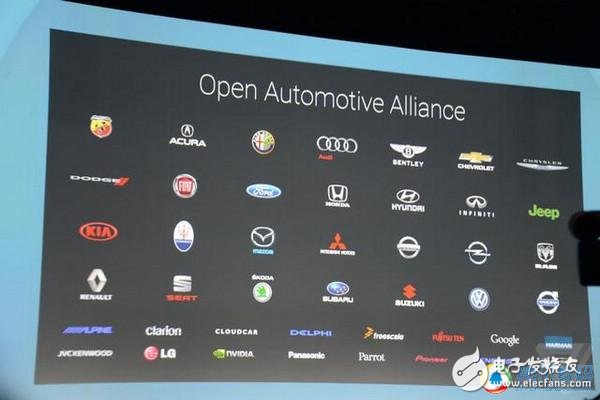 Carplay was first shown at WWDC in 2013, and the name was still "iOS in the Car". Then at the WWDC 2014, Apple renamed it Carplay and exhibited the Carplay model at the Geneva Motor Show. Mercedes-Benz has announced photos of its C-Class integrated CarPlay system, while Ferrari, BMW, Ford, GM, Honda, Hyundai, Jaguar, Land Rover, Kia, Mitsubishi, Nissan, Peugeot, Citroen, Subaru, Suzuki and Toyota There will be products equipped with the Carplay system.

Compared with Google and Apple, Intel's progress on smart cars can only be described as too slow. In fact, Intel has been developing in the field of PC accidents. The root cause is that the action is too slow, from tablet to mobile phone to wear. This is true for equipment as well as smart cars and smart homes. In addition, Intel's chosen partner is Ford. In fact, Ford also has a Sync system with Microsoft. This is also a long-established system. Ford will be weighed again when Mobii is really commercialized.

Once upon a time, Intel was still a giant in the PC field, but as the Internet changed everything, Intel also turned from a well-known industry boss to a relatively weak chaser, and the situation in the mobile phone and tablet fields has already emerged. In the field of wearable devices, smart cars, smart homes, etc. that have not really developed, Intel seems to have to copy the tragedy in the tablet and mobile phone field.

In fact, Intel Mobii car operating system is really a good product, from the function display, it is much higher than the already launched Android Auto and Carplay, but the success or failure of the mobile Internet era is almost in seconds, slow Intel wants to rely on Mobii in the automotive field to be quite difficult.

To achieve the expected operating Voltage ( the 18650 Battery Pack`s voltage). We should connecting the 18650 cells in series to increase the voltage. For example: if you want a 36 volt. We should connect 10pcs 3.7 volt 18650 Cell in series. Make sure each cell with same Capacity, internal resistance and self discharge rate is same also. Additional, we should use the cell produced by same pilot( never mix different brand cell, different capacity, different voltage).
To Achieve the expected Capacity( the battery pack capacity). We should connect the 18650 cells in paraller. battery pack capacity as we expected. For example. When we have a 3.7V 2500mAh 18650 cell. And Want achieve 20Ah. In this way, we need 8pcs 18650 cell in paraller.