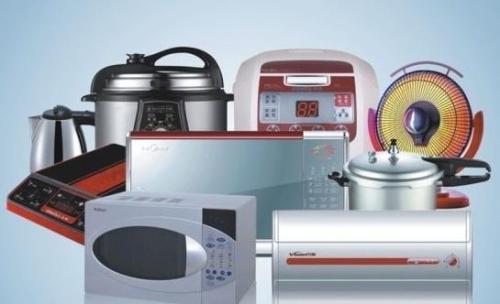 In terms of air conditioners, industry online data showed that Gree shipped 2.58 million units of air-conditioners in October, a year-on-year increase of 7.5%, which was higher than the overall growth rate of the industry and presented the â€œnot off-seasonâ€ feature. Although the shipments of the United States continue to decline, but the decline has been significantly narrowed, the analysis said that the company's strategic adjustment or gradually end, the company's decline in market share will basically come to an end.

Although the industry gradually entered the off-season, in September, the refrigerator industry's shipments reached 7.288 million units, a year-on-year increase of 22.34%, and a significant increase in shipments reflected the industry's fundamental recovery. Among them, Haier still holds the largest market share in terms of shipments, which is 18.35 percent. The United Statesâ€™ market share of shipments has increased significantly over the same period last year, reaching 9.03 percent.

The total output of the household washing machine industry in the first nine months of this year was 40,819,600 units, an increase of 1.13% over the same period of last year, and the industryâ€™s production and sales volume reached the highest peak in history. Among them, Haier's washing machine market share continues to lead, in September the company's shipments accounted for 25.21% of the total shipments of the industry; Hefei Sanyo's market share was 5.75%, compared with 0.25 percentage points in August.

The kitchen and electrical industry may become a major highlight of the development of the home appliance industry, in the future will benefit from changes in home appliance sales channels.

Shen Wan research report pointed out that kitchen electricity products in spite of the short-term due to the impact of real estate regulation, but in the long term, the amount of holding compared to white electricity still has a larger room for improvement, and the industry is still in a more dispersed state, industry leader The future is expected to benefit from increased industry concentration. Among them, the owners of the hood, stove, disinfection cabinet share are at the forefront of the industry.

Compared with the beginning of 2011, the prices of Shanghai copper, Shanghai aluminum and DCE plastics futures fell by 22.33%, 8.58% and 19.64% respectively; the galvanized sheet price index still fell by approximately 8.60% compared with the same period of last year, which is a cumulative result compared to the beginning of 2011. Declined by 30.12%. The industry believes that the lower prices of home appliance raw materials will obviously help the home appliance industry to adjust product structure and increase profitability.