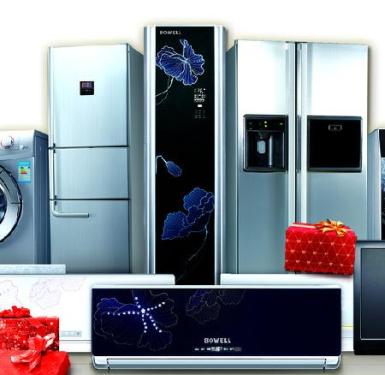 At the time of the reunification, it was learned through market visits that many companies have different judgments on the prospects of the home appliance industry in 2013: The optimist's mentality is expected to grow in the new year, and pessimists believe that the cold spell last year will last until 2013. . The current industrial environment is more severe, but Jiang Feng, chairman of the China Household Electrical Appliances Association, said that there are four opportunities to benefit the home appliance industry: a series of people's livelihood programs proposed by the 18th National Congress, consumption upgrades, emerging industries, and diversified channels.

The 18th National Congress held in November last year proposed a series of measures to improve people's livelihood. Among them, accelerating the integration of urban and rural areas, strengthening the improvement of people's livelihood, and the income doubling plan have boosted the macroeconomic confidence in the outside world.

According to Jiang Feng, accelerating the integration of urban and rural areas means that more rural people will become urban residents, and the way of life and consumption will change according to urbanization. Their demand for home appliances will be higher and higher. Peopleâ€™s livelihood improves and incomes increase. The people have more confidence in consumption and will further promote consumption of home appliances. As a whole, the property market that has a strong influence on the demand for household appliances has entered the monthly sales area of â€‹â€‹commodity housing in the second half of 2012. Since the fourth quarter of 2012, the protection of housing has also had a positive impact on the home appliance market.

"Macro is not only positive for the home appliance industry in 2013 but also will continue to affect the next few years," said Jiang Feng.

In the 2011-2012 winter winter lining, consumption upgrade is the driving force that drives the home appliance industry's secondary growth and industrial upgrading and development. Jiang Feng said that in the long run, the promotion of consumption upgrade will continue to be reflected.

The policy of home appliances to rural areas in recent years has opened up a vast market that was once hidden in rural areas, which has increased rural household electrical appliances, while at the same time it has increased rural residentsâ€™ awareness of consumer electronics products. They began to pursue branding and diversification of functions. , More energy-saving and more fashionable home appliances, so there is still room for growth in rural household appliances market, companies need to provide the market with higher value-added products to meet consumption upgrades.

"With the promotion of consumption upgrade, the future household appliance companies may have little growth in sales volume, but there is more room for sales growth." Jiang Feng said that because household appliances consumption in the past mainly solved the problem of "has no or no", it is now necessary to solve the "better" problem. . In addition, the energy-saving home appliance subsidy policy has promoted the adjustment of the product structure of the company, and the industry has not had a high growth but the profit situation has improved.

Driven by the consumption upgrade, in addition to the obvious structural adjustment of traditional large home appliances, the emerging industry is another growth point for the home appliance industry in the future.

â€œWe clearly saw that in 2012, water purifiers, air purifiers, and IH rice cookers (electromagnetic rice cookers) achieved rapid growth in the absence of market demand. Dryers, dehumidifiers, and wine coolers were achieved. , dishwashers and other derivative products have become the direction of business expansion, expanding the product line of home appliances. The overall kitchen appliances also bring new market ideas for companies,â€ Jiang Feng cited as an example, in the national energy-saving emission reduction targets, solar thermal products, air New energy products such as source heat pumps will also bring vast market prospects to companies in the future. In addition, the development of the Internet of Things technology, sensing technology, information technology and other fields is mature, stimulating the research and exploration of smart home appliances.

Although e-commerce sales of e-commerce home appliances, especially home appliances, started relatively late, online sales continued to grow at a high rate in the current cold-selling of home appliances. According to data from Zhongkang, from January to September 2012, the market for all types of channels showed a declining trend, with the largest decrease in household electrical appliances chain nationwide at 17%, and a decrease of 6% in department stores, supermarkets, regional appliance chains, and other home appliance sales. , 6%, 7%, and 10%, and the relative misery of the offline market, the e-commerce can be described as "brilliant," the market growth rate of up to 118%.

Jiang Feng believes that e-commerce has changed the retail structure in the primary and secondary markets, and as its logistics and distribution system continues to sink into the tertiary and tertiary markets, it has a far-reaching impact on the retail model of the entire home appliance market. Enterprises timely grasp the opportunities of emerging channels and distinguish good products. Delivery, and access to new growth opportunities through multiple channels.

Industry upgrading and adjustment are still the theme of the future

According to statistics from the current China Household Electrical Appliances Association, the output of refrigerators/freezers exceeds 80 million units, the number of air conditioners is close to 100 million, the number of washing machines is 65 million, the number of microwave ovens is 68 million, and the number of refrigeration compressors is over 250 million. It is roughly the same as last year and still at a historically high level. At the same time, as the prices of bulk raw materials have declined, cost pressures continue to ease. In 2012, the economic performance of China's home appliance industry performed well.

Jiang Feng said that in 2012, some products in the domestic market declined, and the growth rate of major economic indicators declined. Despite various unfavorable factors, Chinaâ€™s household electrical appliance industry as a whole still achieved growth. In 2013 and for a long time to come, the growth rate of the industry remained stable, and industrial upgrading and adjustment were still the main theme of the industry's development.

The shipboard medium voltage power cables are intended for shipboard and off-shore building to transmit power.