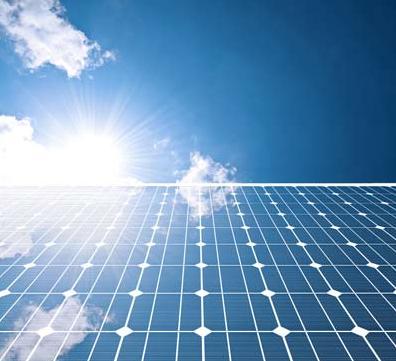 With overseas demand continuing to be sluggish, solar panels have fallen into a situation of overproduction. China will use the renewable energy power generation full-scale acquisition system to arouse domestic demand.

Since 2006, China's solar photovoltaic power generation industry has increased its investment and its production capacity has expanded rapidly. However, due to the impact of the Lehman crisis and the European financial crisis, overseas demand has fallen into a downturn. On the other hand, trade frictions have also arisen with the United States and Germany in the export of solar photovoltaic panels. The US Department of Commerce initially decided to impose a tariff of more than 30% on Chinese-made solar panels.

Since 2011, the prices of modules and polysilicon solar cells have rapidly declined, and more than 300 SMEs in China have gone bankrupt. Faced with this situation, the Chinese government has formulated new policies.

The biggest issue is the purchase price of grid-connected and generated electricity. The "Distributed Power Generation Management Measures" and "Network Management Measures" currently being formulated will clearly specify the responsibilities of the government and power supply companies. It is expected that priority will be given to the acceptance of power generation stations using renewable energy, and preferential prices will be adopted.

In addition, the State Council executive meeting held in May 2012 decided to provide incentives for installation of solar photovoltaic power generation equipment in public facilities and residences. The National Energy Administration plans to formulate relevant rules.

Solar photovoltaic power generation business is closely related to policies. Prior to this, Chinese solar panels were able to export to Japan, the United States, and Europe in large quantities. To a large extent, they used the policy of the exporting country. It is indispensable for China to change from a solar panel producing country to a solar power generating country. Establishing a full-scale guaranteed acquisition system and providing subsidies and other related promotion measures are essential.

The PufangTech SCADA wireless modems are designed to meet the requirement of wireless SCADA systems. It provides a cost effective solution for remote supervision and control and is suitable for almost anything such as machines, devices, processes, pipelines, tanks, street lights, pumps, valves, unmanned stations etc. If you have many targets while cable is not a practical solution and you want to have a way to monitor and control them, then PufangTech`s SCADA wireless modem is most likely what you are searching for.

The PufangTech wireless modems can be used for simplex or semi-duplex operation with up to 60 discrete channels.

The transmit power can be set using a locally connected PC with the supplied Windows based configuration software.  There are usually five output power levels available which can be selected from.