For smart families, the potential standard of â€œfirst family after wisdomâ€ requires smart terminal products to move closer to the long life cycle and high product yield. The rapid iteration and low-cost Internet thinking have been blasted under market verification. The collapse of the smart home industry is about to usher in the leading period of traditional equipment companies. In 2016, the equipment manufacturers that are ready to go will make moves.

However, even if there are technical, capital, and channel advantages in manufacturing and sales, traditional enterprises still feel at a loss for the intelligent upgrade of products: so many optional cloud platforms, what are the differences between each other and the advantages of the platform? Does working with the cloud platform mean choosing a team? Is the cloud platform with the current sound and sound the first choice? How can I find the cloud platform partner that works best for me? Take a closer look. 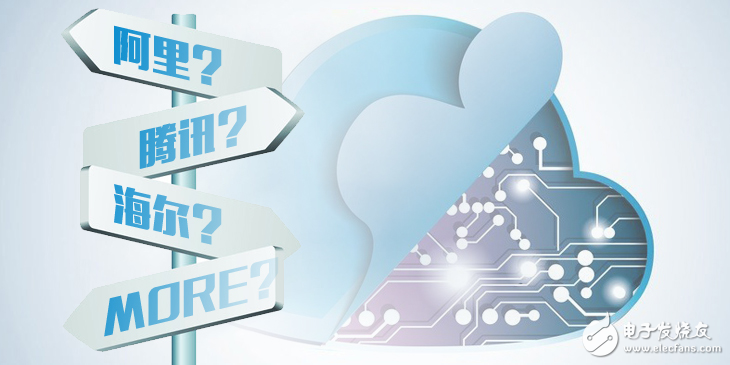 Pulling the industrial chain and combing the large-scale cloud platform, we can roughly summarize the following:

2. Communication layer: Quickly cut through the home control center. Home local gateways can help with issues such as instruction latency, data security, and hardware interaction failures during network outages. In the second half of 2015, Huawei, which is backed by communication capabilities, launched the OpenLife Smart Home Development Program, which uses the smart home gateway Smart HG as the local portal to connect Huawei's NetOpen cloud platform to form an open smart home industry ecosystem.

3, equipment layer: relying on existing equipment resources + channel advantages to grow rapidly. Among the enterprises that have started from the traditional industry background, Haier is the most powerful. As a home appliance giant with tens of millions of shipments per year, Haier plans to upgrade its vast number of traditional home appliances to smart terminals, while docking more intelligent hardware devices, relying on Haier U+ platform to achieve resource integration, and then build air and food. , home care and other family ecosystems.

4, APP layer: the user is at hand, the channel I have. In the â€œAPPâ€ camp, the platform can be subdivided into two categories. One is based on the e-commerce platform, and the e-commerce channel-oriented Alibaba, Jingdong Weilian and Suning, etc., realize the massive intelligent products by creating a super APP. Control, interconnection; the other is to target users, with a large number of users as the entry point of WeChat hardware and QQ IOT.

There are pros and cons between the large platforms, and the fifth force has sprung up.

In summary, most of the big companies in the Chinese market are Haier, Ali, Jingdong, Tencent and other large enterprises, which have successfully gathered some industrial resources and users with their brand strength and their respective advantages. However, because traditional enterprises have realized that they are facing homogenous intelligent competition, being kidnapped by strong channels such as e-commerce, their future is in the hands of Internet companies, and large platforms want to further expand and begin to suffer resistance:

At the module level, WiFi module products are strongly bound to the cloud, and traditional enterprises do not have chip dominance. Therefore, after the fierce price war, 360, Xiaomi, Qingke, etc. began to disappear; at the communication layer, Huawei cooperated through the open SDK model. In the software, hardware, and server, the support is limited; at the device level, there is a competitive relationship between enterprises, and they all hope to lead themselves. For example, TCL and Changhong have successively launched their own platforms; in the APP layer, the role of Super APP is more It is a low threshold entry and cannot carry specific business services for hardware products.

The third-party cloud service platform is gradually growing into the fifth ecological power. For example, the characteristics of the cloud-friendly platform are neutral to modules, communications, equipment brands, and application portals. They are committed to serving as the role behind the enterprise to output cloud services, and to solve the problems encountered by traditional enterprises in the intelligent upgrade process. challenge.

Intelligent Challenge 1: Can it support the massive equipment management of the Internet of Things?

In fact, the construction of the cloud platform is not as simple as server + software development. Real-time, stability, and security cannot be ignored. Many technical details are very important, such as the design of communication protocols, including product link speed, network stability, Controlling message data latency and so on are important indicators for evaluating cloud platform performance.

As early as 2010, Yunzhiyi used the M2M connection as the starting point to serve traditional manufacturers. Nowadays, with the wave of smart industry, Yunzhiyi has demonstrated its advantages in high-concurrent connectivity and the ability to interact with data, through high-performance devices. The Connected Service Unit combines with the XLink Lightweight IoT Protocol to handle millions of concurrent connections, with product connections calculated in hundreds of milliseconds. After extensive commercial verification, the XLink platform has reached more than 7.5 million devices and 5,000 cooperative enterprises, with a message volume of 16 million/day. It has successfully served Lenovo, Rieter, China Telecom and Delmar. Well-known enterprises such as Evergrande and Skyline Electric. 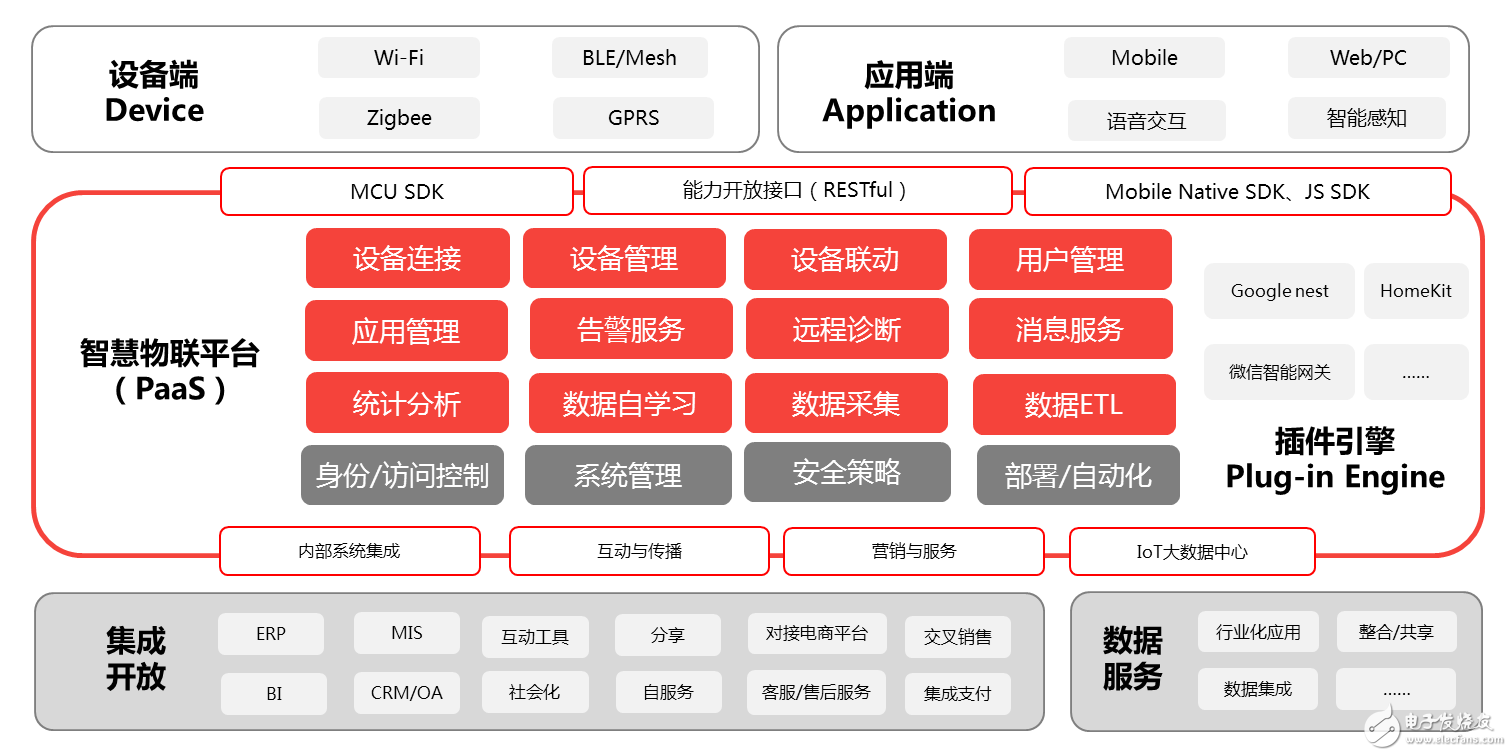 Intelligent Challenge 2: Does the IoT platform choose a public cloud or a private cloud?

The public platform has high cost performance and low service cost; the private cloud has strong personalization and strong controllability, and each has its own advantages and disadvantages. According to the different stages and product attributes of the enterprise, the needs of the enterprise will change.

Yun Zhiyi has developed a flexible business approach based on the mixed service experience of public cloud and private cloud for 5 years to B. Traditional enterprises can choose to rent Yunzhi Yiwu Lianyun platform, pay on demand, charge according to device access, no need to pay additional IaaS fees and operation and maintenance service fees; can also adopt hybrid cloud or even private cloud solution and achieve smooth migration And switching, does not affect the online devices and data services.

Different from the industry's practice of building a PaaS layer architecture based on certain Iaas platform interfaces, Yunzhiyi can independently deploy without relying on IaaS layer, and does not affect customers' IaaS selection. It is compatible with Amazon, Ali, Baidu and other domestic and foreign platforms. Partnership, this is the confidence of Yunzhiyi Neutral.

Xu Zhiping, CEO of Yunzhiyi, emphasized that security-based customers, for example, security projects in specific application scenarios will focus on privacy and network specificity, so customers will tend to build a private cloud architecture. And Yunzhiyi can provide a full set of IaaS globalization selection, node deployment, service setup and operation and maintenance for such customers with specific needs, to avoid the worries of enterprises.

Intelligent Challenge 3: How to quickly realize the development of the upper layer application of the platform?

The development of upper-layer applications, including APP, visualization platform and operational services, is an important detail of the traditional enterprise's intelligent transformation, and it is also a difficult place. Yunzhiyi maximizes the platform's openness and effectively lowers the customer's usage threshold. At the APP level, Yunzhiyi provides sample code for the APP software development SDK, technical documentation and general business function modules, which can be formed in one week at a time. At the platform level, the cloud intelligence output platform interface reaches more than 100, and the enterprise can carry out Secondary development of the platform, or integration with existing business systems such as CRM and ERP; at the operational level, Yunzhiyi integrates more than 20 third-party applications such as recipe management, mobile payment, e-commerce functions, social and maintenance services. Plug-ins for extending service operations, giving customers more flexibility in selecting the software modules they need.

â€œHow to help customers achieve their user-centered operation is a question that has been considered by Yunzhiyi platform. Take a customer who is a small kitchen appliance as an example, quickly import the cloud recipe plug-in through the cloud smart platform, and integrate Third-party e-commerce platform, the customer can build an independent marketing platform to achieve product purchase payment (such as food distribution), marketing campaign release and background CRM system integration." Lei Qiaoping example.

Intelligent Challenge 4: Can it help me achieve global resource deployment?

As the first batch of certified AWS APN technology partners in Amazon China, Yunzhiyi has successfully covered major regions in Europe, America and Asia Pacific with AWS's global IDC resources, and is expanding. Lei Qiaoping said that international customers' testing of cloud platforms is professional and strict. Taking a top 500 customers as an example, their end users are all over the world. The customer's evaluation of the cloud platform lasts for half a year, involving platform real-time and security. Sex and stability, the ultimate choice of Yunzhiyi is also recognition of our technical strength.

At the same time, Yunzhiyi is also actively connecting to third-party platforms, and has already opened Haier U+, WeChat hardware platform, Jingdong, Apple HomeKit and Google Nest platforms. The products are connected to the Google Nest and HomeKit platforms to help customers expand their overseas market applications.