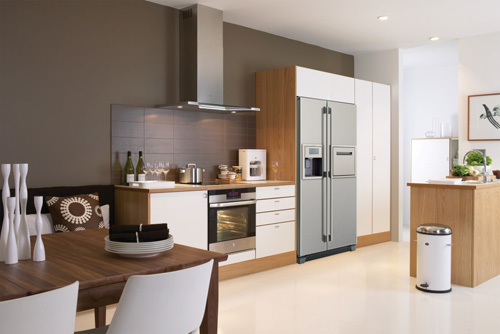 Today, the tide of intelligence has swept the entire home appliance industry, and intelligence is becoming the dominant force influencing and changing people's lives. Of course, no matter what product is initially called the "smart" title, it will always be called a gimmick, but this will not hinder the development of smart appliances. This year, the refrigerator industry has again stirred up a "smart wind."

Recently, Meiling announced that its Athena luxury refrigerator project with a cost of RMB 730 million will be completed and put into production, and can host 200,000 sets of high-volume luxury refrigerators of 300L or more per year. In the same period, the company released a new Athena smart second-generation refrigerator, once again sizzling the concept of intelligent refrigerator.

According to industry insiders, the development of the refrigerator industry is already very mature. In 2012, as the home appliance support policies such as home appliances going to the countryside, old-fashioned replacement, etc., gradually faded out, the industry's cost increased, and the production capacity was surplus, the overall growth trend of the refrigerator industry slowed down significantly and it has already entered the adjustment period. Moreover, in the case of energy saving, freshness preservation, large volume, etc., where there is no breakthrough, the "intelligent" of the refrigerator can undoubtedly form a new market hot spot as the driving force for the next large-scale expansion. Liu Tibin, chairman of Hefei Meiling Co., Ltd., told reporters that through high-end energy expansion, the company will develop high-efficiency, frequency, and intelligence, and gradually upgrade its product structure.

Jiang Feng, chairman of the China Household Electrical Appliances Association believes that Chinaâ€™s home appliances are in the historical stage of consumption upgrade. The high-end strategic development of home appliances is accelerating. This year, multi-door refrigerator sales have increased by 20%, and high-end home appliances will become the main driving force for the growth of refrigerators in the future. Luo Qingqi, a senior director of Pare Consultancy, said that although the home appliance industry has little profit margin, China will be the country with the largest installed capacity in the next decade, which will drive the overall revenue of refrigerators to increase.