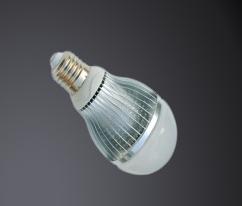 According to the latest LEDinside LED bulb retail price survey conducted by research firm TrendForce, in October 2012, global retail prices of LED bulbs continued to show slight fluctuations. The average retail price of replacing 40W LED bulbs rose slightly by about 2.3% in October, reaching 19.2 US dollars. In lieu of the 60W LED bulb, the global average price showed a slight decline of 1.6%, reaching US$32, of which more items were added in the United States. Philips has also attracted the attention of the market in promoting the LED bulbs with a price of 9 watts and 600 lumens in the Asian market. It is expected that 2013 will introduce more affordable products to boost LED bulb business opportunities.

Replacement of traditional 40-watt incandescent bulbs, the United States increased the listing price of new products LEDinside said that the global replacement of 40W LED bulb retail price in October 2012 showed a slight increase of about 2.3%, came to 19.2 US dollars. Among them, the price increase in the United States was the most obvious, with an increase of 14% in October. The change in the original commodity prices was relatively small, and the higher prices of new items resulted in an increase in the average price. In particular, the first-line lighting brand manufacturers recently launched new products with higher unit prices, and the display technology and brand exposure purpose was greater than the actual sales significance. In October, prices in South Korea and Germany showed a slight increase of 1.7% and 1.2% respectively. The prices of the original commodities in the two regions fluctuate slightly, mainly due to the decline in the exchange rate, which led to the price increase. There is no new item appearing in place of the 40W product. In addition, the average price of goods that replaced 40W in Japan and the United Kingdom showed a decrease of about 1.4% and 2%, respectively. The price of original commodities in the two regions dropped slightly, and the increase in exchange rates also led to a drop in prices.

Replacement of the traditional 60-watt incandescent bulbs, the slight fluctuations in prices in various regions in October replaced the 60W LED bulbs, the global average showed a slight decline in 1.6%, reaching 32 US dollars. Among them, there are many new product items in the United States, but the average price in the region still showed a 0.2% decline in October. Although new product items have higher prices due to higher performance, the original commodity prices still fall steadily and the overall average price declines. . In October, prices in Japan rose slightly by 1.3% to reach US$34. The prices of the original commodities in the area fluctuate slightly, and no new items appear in the month of replacing the 60W commodity segment this month. There is no change in the original item price of 60W LED bulbs in South Korea, and the overall price has risen by 1.6% due to the decline in the Korean won exchange rate. In addition, the prices in the UK and Germany showed 5.4% and 4.1%, respectively, and the original commodity prices in the two regions had steadily declined. No new items appeared this month.

LEDinside's point of view-Philips began to observe the parity market strategy LEDinside's test of water temperature. New products in the market in October all have dimmable functions and higher energy-saving benefits. In addition to relatively high prices, consumer feedback on the use of these high-performance products is quite good. They generally believe that these LED light bulbs have a dimming function that is comparable to that of incandescent light bulbs, and that no light fades in and out when light is turned off. In addition, consumers also believe that the new light bulbs have a balanced light color and are close to halogen lamps, which does not have the blue light phenomenon of LED bulbs. It can be seen that while the performance of LED light bulb products is improving, the degree of consumer acceptance and affirmation are gradually increasing.

LEDinside believes that currently available wireless control-controlled LED bulbs with considerable attention will enter the market in 2013, and new performance products are expected to re-raise the average price of LED bulbs. However, with the opening of the market and the improvement of the product's cost-effectiveness, a virtuous circle will be formed. The overall trend of the price of LED bulbs in the future is expected to remain steady or slowly decline.

In addition, LEDinside also found that in Asia, in addition to the low price in the Korean market, Philips, an international manufacturer that has adopted a medium-to-high price strategy for LED bulbs, has already spent between US$12 and US$13 in various regions of the Asian market. The ultra-low retail price sells a 9-watt LED bulb, which is a product that replaces about 50 watts of traditional incandescent bulbs and has a luminous flux of about 600 lumens. This is the companyâ€™s most recent low-priced product market strategy in the global market, which means that Philips will compete in mid- and low-price products for LED bulbs in more markets in 2013. In addition to the inherently high-priced and high-quality products, the company aims at parity markets. The product strategy is expected to add to the consumer's awareness of LED products.

If Philips successfully launched the affordable 800lm light flux product in 2013, which is an LED light bulb that can replace the 60-watt traditional incandescent light bulb, market acceptance is expected to be even higher.

LED underwater lights add that extra sparkle to any pool, pond or water feature. They can be positioned to light that waterfall and with a color filter can change the style and look of any fountain. With the use of a 12/24 volt â€“ low voltage system the fixtures are small and low in profile and provide high lumen at a low cost.