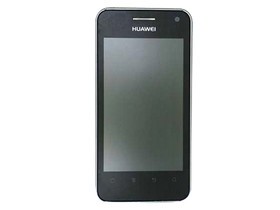 The recent battle between Huawei and Cisco, the two former partners, has attracted much attention. Cisco recently accused Huawei of copying and stealing Cisco code. Cisco also unilaterally ended its seven-year relationship with ZTE this week. Huaweiâ€™s sources said to Southern that Ciscoâ€™s allegations are groundless and that Cisco is the behind-the-scenes driver of the US Congressâ€™s unfavorable report on Huawei and ZTE. â€œCisco is trying to use U.S. trade protection to monopolize the U.S. market for high profits, even if Huawei and ZTE have only a small share of the US market."

On October 9, an investigation report from the Intelligence Committee of the US House of Representatives cast a shadow over the internationalization of Chinese companies. â€œWarning that U.S. companies with Huawei and ZTE in China will re-find suppliers. Because the operations of these two companies pose a threat to U.S. national security, Huawei and ZTE should be prohibited from participating in the telecommunications equipment business in the U.S. market.â€ Be sharp at any time.

Cisco CEO Chambers early judge, Cisco will be in full swing with Huawei in the local and global markets. This judgment is now being practiced step by step. On Thursday, US time, Cisco accused Huawei of misrepresenting the facts of the 2003 copyright infringement cases of both parties and issued part of a document it referred to as confidential.

The seal of the Cisco General Counsel Marc C handler published in his blog stated that "the exact consistency of annotations and spacing not only indicates that Huawei has acquired Cisco's code, but also indicates that Cisco's code has been It is copied electronically and embedded (in Huawei's code)."

Cisco tried to use "plagiarism" to question the outside world about Huawei's ability to innovate. Earlier this year, Rob Lloyd, Ciscoâ€™s executive vice president, once pointed out: â€œWe clearly know that our customers value Ciscoâ€™s innovative spirit, but they cannot see the same capabilities from Huawei. We clearly reiterate that imitation is not innovation."

Cisco also distributed to its customers seven pages of documents entitled "Huawei and National Security." The article states that "Huawei has difficulty separating itself from its relationship with the People's Liberation Army and the Chinese government, although it denies it publicly." Cisco this week also unilaterally announced the end of a seven-year sales partnership with ZTE.

Cisco said that the end of cooperation with ZTE "is the result of an independent investigation." Earlier this year, Zhongxing was reported to have sold Iranian computer equipment classified as banned for sale from Iran and other companies in the United States. In response to this, Cisco launched an investigation, which also led to the investigation of the US Department of Commerce, Congress, and the Federal Bureau of Investigation.

Huawei dismisses Cisco as the "backhand behind the scenes"

Huawei countered that Huawei obtained the controversial source code from this third-party company. It also pointed out that Cisco is the behind-the-scenes promoter of the unfavorable report on Huawei and ZTE by the U.S. Congress. This is because Huawei is in the enterprise network. Many areas pose many challenges to Cisco.

A Cisco reseller said that with a set of Cisco TelePresence videoconferencing products, the domestic price is as high as more than 2 million yuan, while similar products launched by Huawei sell for only about 1 million yuan. Although Cisco has always claimed that its product quality is superior to its competitors, it has still been taken away by many orders.

According to Huawei's corporate business strategy, by 2015, its business sales revenue will reach US$15 billion. No doubt, Huawei will squeeze Cisco's share and profits, which makes Cisco feel an unprecedented threat.

According to Huawei, according to the information released by Cisco in the first quarter results report for fiscal year 2012 as of October 29, 2011, the market share of Cisco routers has dropped from 66% to 55% in the past five years, and the market share of switches has fallen. 2% to 67%. Faced with the plight of falling profits, shrinking market value, and drastic downsizing, Cisco must keep his last private plot: the US market. Therefore, Chinese companies, including telecommunications equipment companies, are often suppressed by the innocent crimes in the U.S. market, and a trade war opened in the name of military and politics is about to begin.