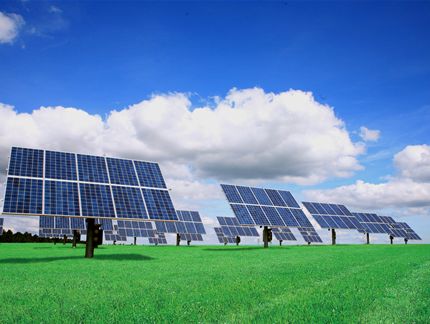 China has a large amount of solar energy resources and has great potential for future development. The â€œScience Paper on Climate Change: Report on Climate Change (2012)â€ was published by the Social Science Academic Press in Beijing on the 21st.

The Green Paper points out that the investigation of solar energy resources in China started relatively late, and the results of the current analysis of resource development potential still remain on the total amount of resources. The National Solar Energy Resources Assessment completed by the China Meteorological Administration in 2010 shows that Chinaâ€™s total annual radiation total increases from northwest to southeast, then increases, then decreases and then increases again. Overall, the west is more than the east, the plateau is larger than the plain, and the inland is larger than Coastal and dry areas are larger than wet areas.

According to the Green Paper, the national total annual total radiation is about 1500 kWh/m2, and the vast majority (over 98%) of the total annual radiation emissions are above 1000 kWh/m2, with about 3 % of the area reached 2000 kWh/m2. The southern Tibet and the Golmud region of Qinghai are two high-value centers of total horizontal radiation in China. The maximum values â€‹â€‹appear in southern Tibet at 2140 kWh/m2. Chongqing is the low-value center of China's total horizontal radiation, and the minimum value is 905 kWh/m2. From the perspective of total resources, most regions in China are suitable for the development and utilization of solar energy.

The Green Paper said that according to statistics from relevant departments, by 2015, China's installed capacity of solar thermal power generation will reach a scale of about 3,000 megawatts. In accordance with the comparable cost of photovoltaic systems, the total market will reach 45 billion yuan.

Desktop style 12v and 24v series can be used in many different electronics. EMC, LVD, FCC, RoHS are available in our company. OEM and ODM are available, samples are free for testing, all our pruducts have 2 years warranty.