Suzuki announced that the new "Wagon R" JC08 model with a fuel efficiency of 28.8km / L (a naturally aspirated engine combined with a two-wheel drive car using a continuously variable transmission) will be released in September 2012. This fuel efficiency is achieved through the improvement of the idle stop mechanism and the introduction of a braking regenerative energy storage system, which far exceeds the current Wagon R's 23.6km / L.

In terms of fuel efficiency in the JC08 mode, "ALTO ECO" has achieved the highest 30.2km / L in mini cars, and the new Wagon R has the highest fuel efficiency among high-top hatchbacks with a height of more than 1550mm. By improving the idling stop mechanism, the speed of turning off the engine during deceleration is higher than that of ALTO ECO 9km / h. In addition to the lead storage battery, it is also equipped with a lithium-ion rechargeable battery and a large-capacity alternator is used in combination to increase the renewable energy during deceleration. By charging the two batteries during deceleration, the battery is used to supply power during normal driving, reducing the load on the alternator. In addition, the power stored in the lithium-ion rechargeable battery is also supplied to the motor, brake light, fuel injection device and so on.

In order to improve the actual fuel efficiency, the air conditioning unit is equipped with a cold storage agent, which can deliver cold air when idling is stopped. When the original idling stop mechanism is used, as the air-conditioning compressor stops operating, the temperature of the refrigerant will rise, which will cause the temperature in the vehicle to increase when the air is blown. This will result in poor fuel efficiency. This time, the evaporator incorporates a cold storage agent that can be frozen for a short period of time when the air conditioner is working. When the engine is stopped, it can absorb heat through the melting of the cold storage agent to keep the cold air longer than before. Therefore, the engine stop time is longer than the current model, which can improve the actual fuel efficiency.

According to Suzuki, the details of the new Wagon R will be released in September. 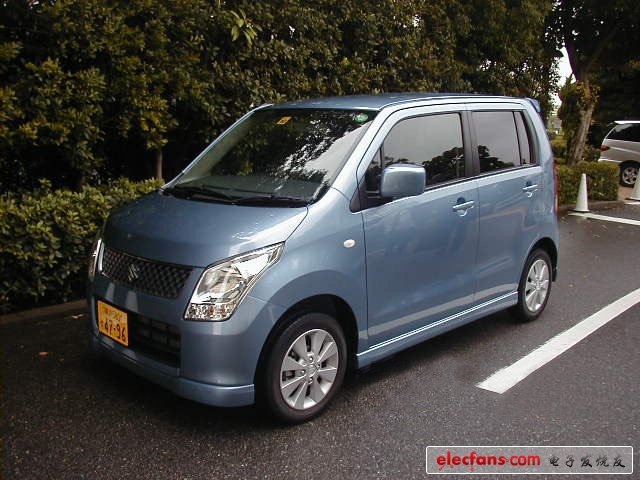 1. 30V low-voltage BLDC motor control system that safe and reliable.
2. Digital sensor system of boom arm position, the speed of lifting and falling can be programmed.
3. Set by mobile phone APP via bluetooth module.
4. It has multiple operation running modes, such as single time, fleet and queue.
5. Not dead Angle of the falling boom, can manually lifting the boom after power failure.
6. Automatically alarms when someone maliciously lift the boom.
7. With two current output interfaces, it is convenient to access external devices such as traffic lights.
8. Multiple input interfaces,it is convenient to connect with Electronic Toll Collection System,
monitoring and other systems.
9.Support ground sensor, radar and other Vehicle Loop Detector.