Under the impact of mobile internet, "Weiteer" started a difficult transition for a pair of PCs who are hard to come by. Microsoft turned to hardware, but tablet products caused huge losses. At the same time, Intel dreamed of marching into "software" and digital content, planning to launch an Internet TV service, but in the end came the news of dying. Analysts pointed out that Intel, which has been engaged in computer chips and hardware, is unfamiliar with the software and digital content market and has learned a painful lesson.

The Intel-TV business has been determined to die before it was born. According to reports, Intel is currently looking for buyers for this unreleased business (mainly set-top box OnCue), with an offer of $ 500 million. In the future, Internet set-top boxes and hundreds of employees that have been developed will be transferred to the new owner. The most potential buyer is the US telecommunications giant Verizon.

Earlier this year, Intel announced its network TV plan, which will use its own chip technology to develop Internet set-top boxes with excellent performance, and provide TV channels and video-on-demand services to home users. Technology media believes that with hardware advantages, Intel may Bringing a revolution in the television industry and impacting cable and satellite TV.

However, before Christmas, consumers did not expect the network TV set-top box promised by Intel, but instead heard the news that the company will transfer the TV business. 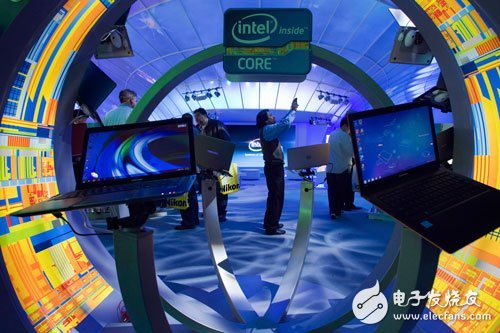 People familiar with the matter said that the Internet TV project was actually a product of Intel â€™s former CEO Otellini. Otellini himself announced early retirement due to Intel â€™s failure on mobile chips. Today, Ke Zaiqi is the new CEO of Intel. This person is pragmatic. In his view, network TV is far from hardware and is not a reliable transformation direction.

Stacy-Rasgon, an analyst at Bear Stearns Research in the US, said that the premature death of Internet TV is a painful lesson for Intel. "Intel believes that it can be achieved through hardware, but they do nâ€™t understand that the Internet The key to TV is content, not hardware. "

Reuters also pointed out that Internet TV is a lesson for Intel to seek Nirvana's rebirth.

For Kozaki, he is most concerned about how to catch up with the leading rival ARM in the field of mobile chips that Intel has lost. At a recent analyst meeting, Intel announced the mobile chip strategy and the upgrade route of the Atom chip. In addition, Ke Zaiqi also hopes that the manufacturer partners will maintain the demand for computer chips through the innovation of computer products.

At the meeting, in response to questions from analysts about Internet TV, Ke Zaiqi euphemistically stated that Intel is not an expert in the field of digital content.

At present, Intel has developed a prototype of a network set-top box. According to the trial, its user experience is far better than the current set-top boxes provided by cable or satellite TV service providers, and the navigation interface is also very smooth. Allegedly, there are more than 300 employees inside Intel who are trying this set-top box at home.

Intel's advantage is its hardware, but it has become the leader in digital content such as TV channels.

In the network TV project, Intel digs up the former BBC senior Hughes (Erik-Huggers). In addition to set-top boxes, Hugos â€™s important mission is to design a channel plan that can attract both home consumers and TV stations.

As we all know, in the field of pay TV in the United States, consumers are most dissatisfied with channel bundling, that is, they cannot buy only the channels they want to watch. By bundling, TV stations can forcefully promote channels with lower ratings. This is powerless.

Previously, Hugers said that it would not provide a "big bundle" channel plan like cable TV, but it would make the bundle more reasonable. Obviously, facing the pressure of TV stations, Intel cannot make consumers order a single channel separately.

According to people familiar with the matter, Intel has had little effect in negotiating channel introductions with TV stations. Even if it reached a preliminary agreement with a small number of TV stations, Intel also faced huge financial risks-in the context of small initial channel subscribers, Intel still had to pay hundreds of millions of dollars in channel purchase fees to the TV station.

Media industry analysts pointed out that on Internet TV, Intel has to pay channel fees to TV stations, conduct large-scale market promotion, and provide good consumer follow-up services. For the release of this business, Intel will invest Billions of dollars.

TV channel service providers are caught between TV stations and consumers. According to reports, in order to obtain TV station support, Intel has even made some compromises that may be unsatisfactory for consumers. For example, when watching TV shows that have been broadcast on TV stations, consumers will not be able to skip the advertisement. Despite these compromises, the TV media giant finally let Intel go back.

According to reports, Ke Zaiqi has now ordered to stop channel purchase negotiations with the TV station and instead seek to transfer the business to the outside world. Hugos hopes to trade in a "turnkey" way, that is, all related technologies, set-top box products and employee teams will collectively go to the new owner. Industry insiders pointed out that the future successor should be a company closely related to several major TV media giants.