Abstract: Aiming at the shortcomings of the inconvenient wiring and low flexibility of the wired connection commonly used in current sensor networks, a method for real-time monitoring system based on ZigBee wireless network is proposed. The method of using CC2430 chip to build the system hardware platform and the software design process of each node protocol stack are introduced. Finally, the use of LabWindows / CVI to make the host computer interface is introduced. Finally, the wireless network is used to monitor the power supply. Experiments show that the system can collect real-time data of the power supply voltage of nodes in the ZigBee wireless sensor network.

The ZigBee protocol stack structure is composed of physical layer, MAC layer, network layer and application layer. The ZigBee standard stipulates that all ZigBee network nodes are divided into three types: Coordinator, Route, and End Device. Regardless of the topology used by the ZigBee network, the network will automatically select a better routing path as the data transmission channel according to the ZigBee protocol algorithm to improve communication efficiency.

The block diagram of power supply voltage monitoring system based on ZigBee wireless network is shown in Figure 1.

The monitoring system is mainly composed of router nodes and terminal nodes.

The block diagram of the hardware structure of the terminal node is shown in Figure 2.

The terminal node module is composed of acquisition and control. The power supply adopts DH1718G-4 type DC stabilized power supply. The power supply voltage 0 ~ 30 V is divided into CC2430 by using 1/10 resistor partial voltage to collect 0 ~ 3 V voltage on-chip AD; the protection module includes two parts of the relay and buzzer circuit, the relay is used to cut off or restore the power and load equipment The connection of the device plays the role of over-voltage protection. The buzzer sounds when the power supply is over-voltage and acts as an alarm. Among them, adding a diode to the relay drive circuit is used to release the large back electromotive force generated by the relay coil at the instant of the relay is powered off, and plays the role of protecting the triode. 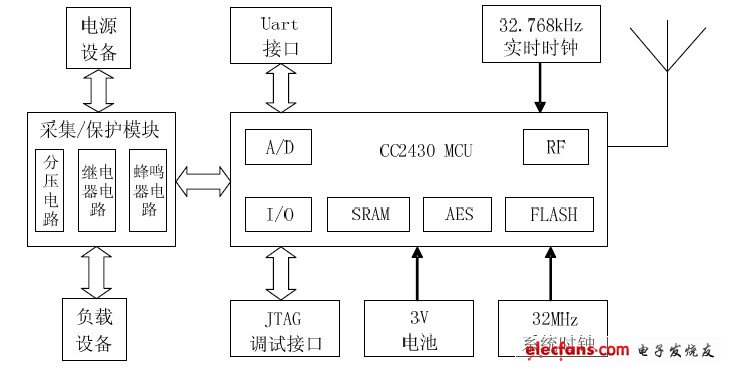 Figure 2 The hardware structure of the terminal node

The software development platform of ZigBee wireless network node adopts IAREmbedded Workbench V7.30B for 8051 (IAR EW) integrated development environment. The software system protocol stack of the ZigBee wireless module is built with the idea of â€‹â€‹an operating system, and uses an "event polling" mechanism. After each layer is initialized, the system enters a low-power mode. When the event occurs, wake up the system, start to enter the interrupt processing event, and continue to enter the low power mode after the end. If several events occur at the same time, determine the priority and process the events one by one. The main workflow of the entire Z-Stack is roughly divided into: system startup, driver initialization, OSAL initialization and startup, and enter the event polling stage.

Smart mini garden spotlight, 9 pieces for 1 set, two power versions are available, electric power supply and solar power supply. The mini garden spot light has both lighting and RGB colorful lighting mode, the angel of lamp head can be changed. Lamp body is  waterproof IP66, rainproof and dustproof. It can be easily inserted on lawns, gardens and beaches.

The light color, brightness, cycle mode and timing can be controlled by App.The App are developed on the most advanced Bluetooth Mesh technology. [LinkupHome" App can be downloaded in the App store or Google Player, then you can control our product without any complicated steps. The App is stable, easy control and multifunctional.

The advantages of Bluetooth Mesh are fast connect, low power consumption, no password required and Ad-Hoc Network. No need WIFI and hubs, as long as you have a Bluetooth-enabled smart phone, you can experience the smart light. When you install several smart gardenspots, the self-organizing network function can make the signals free connect, break the limitation of distance.