Emerging display technologies represented by LCD, PDP, DLP, and LCoS represent the development direction of TV technology in the age of the TV industry in Shuning, and are destined to become the terminator of CRT TVs. Digital TV, especially high-definition TV, is also destined to become the trend of TV development in the world. With the development of China's economic level, especially the opportunity to cater to the 2008 Beijing Olympic Games, the time when HDTV programs appear on our side is not far away. The following will introduce the advantages, disadvantages and prospects of the four emerging display technologies LCD, PDP, DLP and LcoS.

Compared with traditional CRT TV, LCD TV has many advantages: 1. High display quality, no flicker; 2. No electromagnetic radiation; 3. Good picture effect, no distortion, is a true flat display; 4. The screen size is scalable. At present, the largest LCD screen can be as large as 65 inches, but the small one can be used on digital cameras and mobile phones. Its volume and weight are much smaller than CRT. 5. High definition, can really achieve the effect of HDTV; 6. Digital working mode, more perfect performance of digital image signal; 7. Low power consumption, only 1/10 ~ 1/7 of CRT TV with the same area. 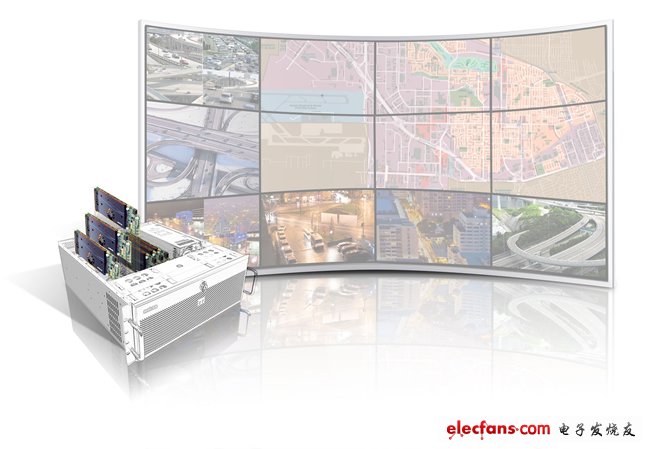 Compared with PDP TVs, which are also members of flat-screen TVs, LCD TVs also have some advantages that PDP TVs do not have:

The service life is longer. The nominal life of PDP monitors is mostly between 25,000 and 30,000 hours, and they are not recoverable. This is much inferior to the 50,000 to 75,000 hours of LCD monitors (which can be restored by replacing the backlight). ;

As an important product for the integration of the 3C industry, LCD TVs have attracted the participation of many IT manufacturers and home appliance manufacturers, which will help reduce the cost of LCD TVs and enlarge the market.

In the flat-panel TV family, in addition to LCD, it is PDP. PDP, or Plasma Display, is one of the latest display technologies after LCD. PDP belongs to the "self-luminous" flat display technology. The core principle is similar to the fluorescent principle of fluorescent lamps. Inert gas is injected into vacuum glass (ie, discharge space), and then the gas in the tube is discharged by applying voltage. The ion effect is used to release ultraviolet rays, and the coating is irradiated on the glass. The phosphor on the tube wall will be excited by visible light, and different phosphors will be excited by different colors of visible light.

As a self-luminous display technology, PDP does not require a background light source, so it has the problem of viewing angle and brightness uniformity of LCD displays, achieving higher brightness and contrast, and the three primary colors share the same plasma tube design juice also makes it The problem of convergence is avoided, and very clear images can be achieved.

From the perspective of current technological development, PDP has a huge advantage in screen size. In January 2004, Samsung announced the successful manufacture of an 80-inch PDP panel. The thickness of this 80-inch (1766mm & TImes; 1128mm) PDP is only 89mm. , Standard resolution 1920 & TImes; 1080, fully reaching the resolution level of high-definition TV. It has a brightness of 1000nits and a contrast ratio of 2000: 1, changing the disadvantage that the brightness and contrast of large-scale PDPs cannot be in the best state at the same time.

In addition to the advantages of brightness, contrast and viewing angle, PDP technology also avoids the response time problems in LCD technology, and these characteristics are the most important factors in dynamic video display. Therefore, from the current technical level, PDP display technology has more obvious advantages in the field of dynamic video display, and is more suitable for use as a TV or home theater display terminal. PDP also has the advantages of ultra-thin, light weight, wide viewing angle (greater than 1700), and it also uses a complete digital drive method, which is a true "digital" TV.

Unlike several other emerging display media, PDP can only be used as a direct-view TV set, and cannot be used as an image source for a projection TV like LCD, DLP, or LCoS to provide a larger picture. Because the PDP is composed of millions of light-emitting tubes, the power consumption is very large. The 42-inch models often consume more than 300W. The heat dissipation problem is one of the biggest problems. Its service life is also the shortest among several emerging display technologies. Yes, and once the damage cannot be repaired. Because the glass on the plasma display is extremely thin, its surface is fragile, and it cannot withstand too much atmospheric pressure changes, nor can it withstand unexpected heavy pressure.

South Korea's large-size PDP panel production has an advantage in the world's PDP industry. Although Japan's PDP industry lags slightly in the development of the largest display panel, it is the most complete in the 37-50 inch PDP product specifications and is in the upstream of PDP manufacturing related industries.

A backup camera (also called reversing camera) is a special type of video camera that is produced specifically for the purpose of being attached to the rear of a vehicle to aid in backing up, and to alleviate the rear blind spot. Backup cameras are alternatively known as reversing cameras or rear view cameras. It is specifically designed to avoid a backup collision. Backup cameras are usually connected to the vehicle rearview monitors.