Skip to content
September 26, 2019
â€œOur rich coal resources and poor oil resource characteristics determine that we must develop coal chemical industry and replace some of the oil and natural gas to ensure the countryâ€™s energy strategy and increasing consumer demand. However, the development of coal chemical industry is facing a lack of water resources and devices. Comprehensive energy consumption and large amount of carbon dioxide emission are the only constraints that can be solved only through polygeneration technology.â€ This is the fifth meeting of the 11th Peopleâ€™s Congress of Shaanxi Province, the representative of the Provincial Peopleâ€™s Congress, Suihua Group Chairman Qian Jiabin submitted the central content of the motion.

Qian Jiabin pointed out that although different agencies have different predictions on the exhaustion period of oil resources, there is a consensus that world oil will reach peak production around 2050. Even after accounting for unconventional oil and gas resources such as shale oil, shale gas, and coalbed methane, global oil resources will be depleted after 80 years. From a technical and economic point of view, coal is the most realistic alternative to petroleum. In particular, breakthroughs in coal chemical technology and the expansion of scale have provided strong guarantees for energy security in the post-oil economic era. However, the development of coal chemical industry faces three major problems.

Again, there is a large amount of carbon dioxide emissions. The core of coal chemical industry is the production of syngas (CO+H2) or hydrogen. Because coal has less carbon and more hydrogen, it is only possible to obtain hydrogen through economical means such as carbon monoxide conversion. This process produces a lot of carbon dioxide.

Qian Jiabin analyzed that the first two issues are relatively easy to solve. For example, the problem of water shortage can be mitigated through replacement of water rights, South-to-North Water Diversion, water storage and replenishment projects, or advanced air cooling, condensate recovery, wastewater treatment, and water reuse technologies; high energy consumption can also be adjusted. And optimize the product structure, eliminate backward production capacity, implement energy efficiency review and other methods to contain. The issue of carbon emissions alone is not only difficult to solve, but also urgent.

It is difficult to solve because carbon dioxide is not only costly to capture and use, but some key technologies have not yet been broken. The former is widely used deep-buried and well-injection oil recovery technology, the former there is a great risk, the latter does not convert carbon dioxide into other products, can not be truly resource utilization. As for carbon dioxide production of dimethyl carbonate, degradable plastics, gas fertilizers, and carbonated beverages, the consumption of carbon dioxide is very limited because of its small scale.

It is imperative to say that it is because from January 1 this year, the EU Aviation Carbon Tax Act has been implemented. On the surface, this bill seems to have nothing to do with coal chemical industry, but the fact is not the case. Because the implementation of the EU Aviation Carbon Tax Act is tantamount to subverting the principles and framework of the Kyoto Protocol, requiring developing countries to perform the same carbon emission obligations as developed countries. If the United States, Japan, and other developed countries have followed the EU's practice and even expanded to ground transportation, maritime traffic, and other broader areas, then the "common but differentiated" principle set in the "Kyoto Protocol" will no longer exist. The pressure of emission reduction will suddenly increase.

To drastically reduce carbon dioxide, our government will strictly control the scale and speed of the high-energy-consuming and high-carbon-discharging industries such as thermal power generation and coal chemical industries. Compared with the power and steel industries, the current coal chemical industry's contribution, status, and role in the national economy are much smaller. Once the policy is suppressed, the coal chemical industry will no doubt bear the brunt of it. From this perspective, the problem of carbon emissions is no longer an ordinary environmental issue, but the key to determining the success or failure of China's coal chemical industry, and its survival and death. "The only way to get out of a difficult situation is to co-produce," said Qian Jiabin.

FBELE buzzer( magnetic transducer) is well sold to Europe Country like Italy,Spain,Germany,poland.etc. and also U.S. Brazil,Argentina,Russia.Hongkong,Korea,etc. with more than 20year's manufacturing experience. we have stock of many standard buzzer and Piezo Element,then it can immediately shipped for some urgent order of customer's. also with competitive price..every year,we will develop many new products,and also provide solution for customer's application!!we have customer in the world:Samsung,Bosch,LG, 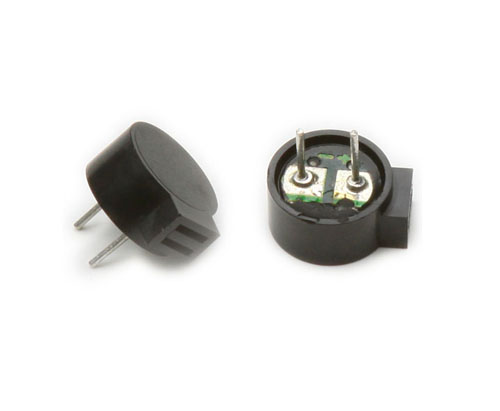