The development of 4K TVs has now become a relatively large scale. It is not new for Internet companies to develop 4K boxes with the times. Xiaomi, as a company with a relatively large market share, has launched a number of network boxes, including a 4K box supporting millet3. Recently, it was upgraded to an enhanced version. What is different about this box? Does it meet the needs of different users?

Not equipped with USB3.0 interface

The box can also actively cool 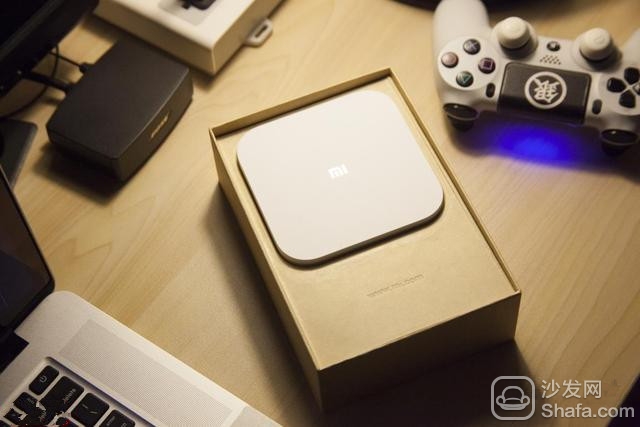 The appearance of the whole machine changes greatly compared to the previous generations of millet boxes, and it is more refined and elegant. From the design point of view, the enhanced version of the millet box 3 is a simple route. The appearance of the box is made of matte plastic material, smooth and smooth, and the radiating ribs on the sides are hollow. While cooling, the appearance value of the whole machine is improved to a certain extent, making it not too monotonous. Because the fan is added inside the body, the thickness of the whole machine is increased compared with the previous generations of products. The remote control part is not much different from the previous millet box series. The look and feel of the matching box is good, and the bluetooth connection makes it possible to smoothly control the boxes in all directions. 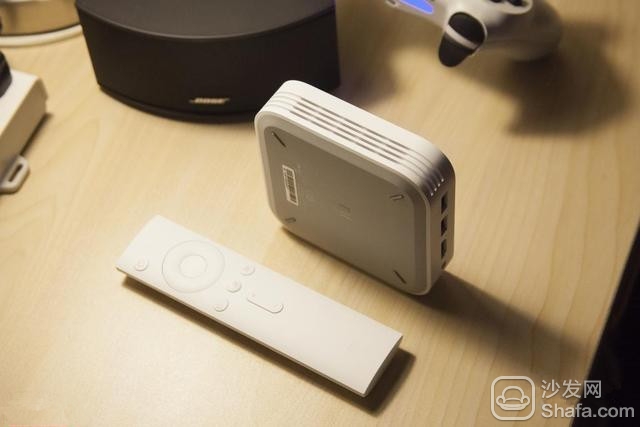 In addition to the simple appearance, in the interface design, Xiaomi also tried to simplify this time. In terms of interfaces, the enhanced version of Xiaomi Box 3 has only one HDMI interface and two USB 2.0 interfaces. The Lan interface is discarded so that it can only be connected through a wireless network. What's surprising is that the enhanced version of Xiaomi Box 3 is not equipped with a USB 3.0 interface this time, which is a bit of a meaning for a TV box that supports 4K high bit rate video output. In addition, because the MT8693's solution uses active cooling, the millet box 3 enhanced box is designed with a cooling fan, when the boot can clearly hear the sound of the fan start, but in normal operation, you can not hear the fan noise. Due to the use of active cooling, the cooling effect is really outstanding, and you can hardly feel the heat of the body during daily use. 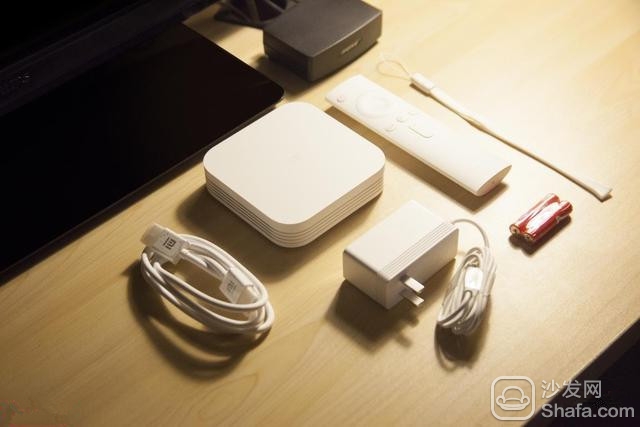 The included accessories are also very simple, but also thoughtfully equipped with a remote control lanyard and battery 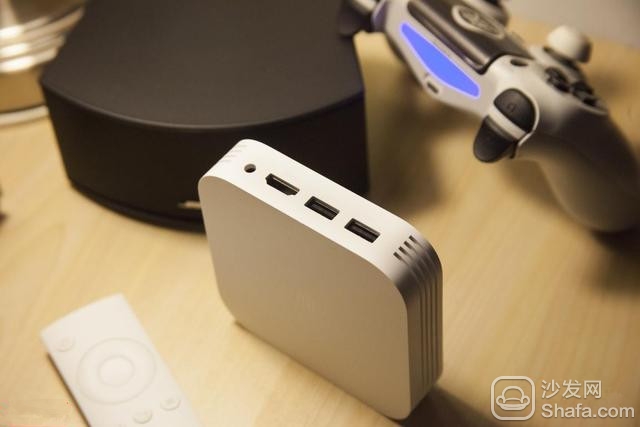 Millet box 3 enhanced version does not come standard with Lan and USB 3.0 interface 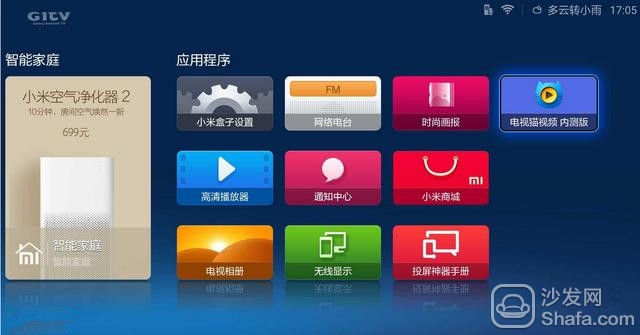 The interface design of the homepage is not different from other millet boxes and it has a strong millet style.
The millet box 3 enhanced version had no major changes in the interface compared with the previous millet host and the previous version of the millet box. The home page integrates the content of several operators, including GICV, China TV, Mango TV, and China Internet TV. The contents of the four major operations have been pushed to the home page in a timely manner so that users can directly watch the content without downloading the relevant applications. "The sun's descendants" and other recent hot movies and TV dramas can be easily found. Of course, you can also freely install third-party apps. The latest version of the system can support direct identification of APK files in U-discs. Users can directly download U-disks, download APK files from the computer, insert them into the box, and click Install. can. It is worth mentioning that, thanks to the performance of the whole machine and the increase of the memory capacity of the body, switching programs and playing online videos are very smooth. 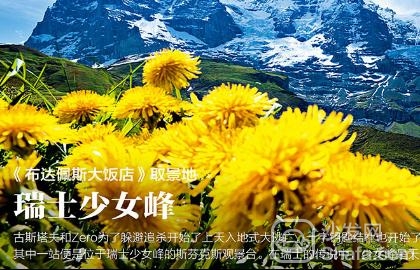 In the standby mode, Xiaomi Box 3 Plus will automatically play the pictorial content
This millet box 3 enhanced version abandons the commonly used Amlogic platform to use MTK8693 A72 + A53, change passive cooling to active cooling is to maximize the performance. Such a powerful configuration may even seem a bit redundant for various games on the current television box. It must be noted that even the Xiaomi special promotion game â€œPrideful Eagleâ€ is only about 160 MB, so playing these games during leisure time can get quite a smooth experience. It should be noted that the enhanced version of the millet box 3 still does not have a shutdown function, only the restart and standby, to completely shut down you need to pull the power. If the user does not have any action, the box will automatically enter standby for a while. 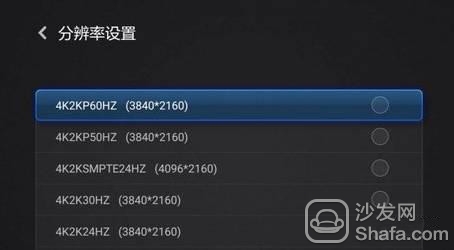 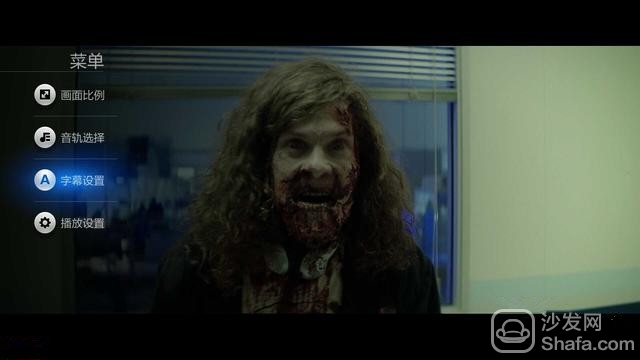 The player that comes with the millet box can automatically match subtitles, which is very convenient
There is no standard Lan port is actually hard to say is a disadvantage or an advantage. In fact, the enhanced version of the millet box 3 signal reception capacity is not weak, 2.4 GHz signal across the walls still have full grid signal, this environment, even if the home broadband is 50M ~ 100M fiber, millet box 3 enhanced version It can also let the network speed get normal play. Of course, the bandwidth in the LAN is relatively small. The 1080P video in the playing LAN is very smooth. The 4K video with more than 50 Mbps bit rate will be compared with the card. If the distance between the box and the router is relatively close and the signal can be stably connected to the 5GHz signal, then the bandwidth of the connection to the LAN will increase greatly. At this time, even if the 4K video is played, the problem is not large. Therefore, enhanced version of the millet box 3 can play high bit rate video in the LAN, to a large extent, it is to see the distance and the connection quality of the 802.11ac router.

In the context of a series of policy barriers and the continuous follow-up of hardware vendors and even content platforms, the TV boxes on the market today are also showing homogenization. The enhanced box configuration of the millet box 3 is undoubtedly powerful in the TV box, especially the rare cooling fan equipped with a TV box has to make people think of it more. After all, for simple streaming media decoding and running ordinary applications, it is not necessary to use fan-like "expensive" hardware on the TV box where the cost of BOM for each penny must be higher. We boldly speculated that this is because Xiaomi intends to go further in the field of big-screen video games. With the constant integration of Xiaomi's game resources, it may not be long before we can play large-scale 3D games directly on the enhanced version of Xiaomi Box 3! By then, the enhanced version of the $399 Millet Box 3 will be more than just a TV box.