Skip to content
August 24, 2019
[High-tech LED News] From July 9th to 10th, Shenzhen Spike Optoelectronics Technology Co., Ltd. organized 97 management cadres and conducted a two-day military development training at the Shenzhen National Defense Education and Training Base. Through the militarized development training, it shows the excellent quality of the Spike management team and lays the foundation for creating a SPRAK iron army that can endure hardship, obey, high performance and strive for dedication. 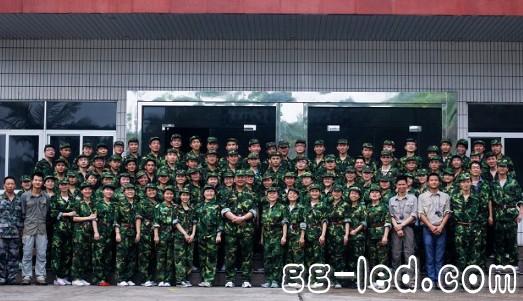 Spike Optoelectronics launched the first phase of the management team's military development training this year, relying on team smelting, with the purpose of sentiment, through experiential militarization, improving the overall quality of the management team, fostering the team spirit of management members, and enhancing management's responsibility. Awareness and competition awareness, comprehensive introduction of high performance and execution management.

It is reported that Spike Optoelectronics has formulated a rigorous plan for this military expansion, with the management's comprehensive leadership quality training as the main line, training the team from various aspects such as concept, character, ability, method and knowledge. 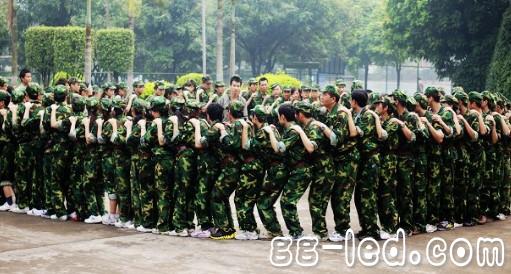 For each expansion project, the participants conducted planning, clear division of labor, coordination and cooperation, both orderly competition and useful complementarity, and demonstrated a touching scene of unity, cooperation and mutual support, creating a friendship. The harmonious atmosphere of caring and stimulating collaboration, the members of the training team put down the shelf and casualness, shouldered the mission and responsibility, and exercised the will and perseverance for the future cruel market competition and complicated work.

After two days of solidarity and cooperation, the management of Spike Optoelectronics expressed that it fully felt the strength and warmth of the collective. It also realized the harmony and happiness of the organic integration of personality and commonality. In the process, it learned to communicate, share, cooperate and compete.

After the military parade, the Spike Optoelectronics management team also came to the National Defense Education Exhibition Hall on the second floor of the training base to further enhance the sense of responsibility of the management team and the concept of national defense through lively national defense education, and to stimulate the patriotism of SPRAK people with industrial responsibility. , the ambition of a strong country, and the trip to the country.

Finally, Wu Feng, general manager of Spike Optoelectronics made a concluding speech, hoping that in the future work, employees can continue to maintain a high spirit of fighting spirit, actively carry forward the fine tradition of courage to open up, always remember teamwork and collective honor, to achieve Parker Optoelectronics is harmonious, stable and sustainable, and strives to build an elite team of LED lighting steel.

Spike Optoelectronics is one of the most outstanding LED lighting and new energy companies in China. Since its establishment in 2000, it has been the â€œindustry-reporting countryâ€ as its corporate development goal, and has achieved good results in sustained, rapid and healthy development. After eleven years of development, Spike Optoelectronics has become a large-scale modern state-level high-tech enterprise integrating LED lighting product research and development, production, sales and energy-saving services. It is the largest manufacturer and supplier of solar photovoltaic lighting and LED lamps in China. And one of the exporters.

Mass  PCB Assembly =  Mass Rigid Printed Circuit Board Assembly, which means quantity is big and need do big production assembly. For production PCB assembly job, the SMT assembly would all by machine and would do IPQC for checking the first sample quality to ensure the SMT line is reliable. Zhongfeng would manufacture the rigid PCB boards follow the design file, source the components follow the BOM file and do the PCB assembly job follow the assembly drawing and the pick&place file. After PCB assembly done, the components would be mounted on the PCB boards tightly and connected each other through the copper circuits. We call such board as PCBA board or mass PCBA board.

With our 15years professional experience, we are available for all types of PCB assembly service from prototype to mass production, available for 01005, 0201, 0.3mm BGA, 0.3mm QFP.