Remember this AI dialogue movie that was bursting red on twitch in January? The voice assistants in the film are from Google Home, which are the settings of â€œboysâ€ Vladimir and â€œgirlsâ€ Estragon. The dialogue between the two sides asks whether the other person is a human being, to explore culture and art, and even to open each otherâ€™s jokes like friends. It is highlighted that the development of artificial (AI) alone is no longer the same. 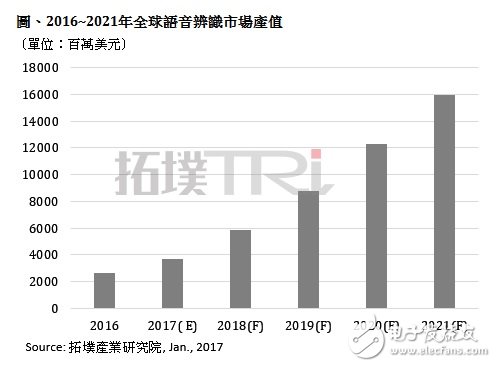 The battle of the voice assistant of the technology giant, see the advantages and disadvantages of Apple, Microsoft, and Google

Since Apple's Siri has made everyone aware of voice assistants, the world's technology giants have accelerated investment in artificial intelligence and their own voice assistant technology. From the products exhibited by CES's global consumer representative brand this year, the days of using voice assistants to create smart homes and own smart housekeeper Jarvis in steelmakers may not be far off.

In terms of the current competitive situation of voice assistant applications, Amazon is definitely a powerful candidate to dominate the future of smart homes. Whether it is from the sales volume of Amazon's own Echo products, or from CES, including LG, Samsung, Lenovo, etc., it has launched Amazon's voice assistant Alexa's home appliances, and even Ford has joined the ranks of Alexa to observe. It is enough to prove Amazon's leading position.

However, Amazon's opponents should not be underestimated. Google, Microsoft, and Apple have already launched their own voice assistant products. Whether it is technology development or openness and alliance strategy, these giants are undoubtedly Amazon's rivals.

Let's take a look at Google's layout. Google has already laid out AI for many years, and as many as 20 AI and robot companies have been acquired in the past three years. Google has launched four machine learning related products in the cloud, including cloud machine learning, cloud speech API, translation API and prediction API. With the powerful backing of AI technology, its voice assistant Google Home came into being. However, despite Google's AI technology support and even the same open platform strategy as Amazon, Google lacks the hardware's successful experience, and the software and hardware integration capabilities are not comparable to Amazon.

Apple Siri is the first successful voice assistant product. Although it is released as an open platform, the control center is still limited to Apple's own products due to its lower openness than its competitors. It is attractive to consumer electronics and home appliance brands. Naturally slightly less.

The second is Microsoft, which launched Voice Assistant Cortana at the latest. In fact, Microsoft is the company with the most AI patents, and the AI â€‹â€‹technology services provided by Microsoft include Cortana Analysis Suite and Azure Cloud Machine Learning Service. As far as current development is concerned, Microsoft's Cortana is also facing a disadvantage of no hardware experience compared to Amazon. However, Microsoft has now announced its ability to convert the Alexa instruction set directly to Cortana, which is expected to give Microsoft's Cortana the potential to erode Alexa's market share, and thus make the future voice assistant market competitive.

The first and foremost condition for Amazon's success is the open platform strategy. Amazon separated Alexa from Echo and released the API and SDK for Alexa Voice Assistant technology, which allowed the platform to be widely integrated into the product applications of various vendors and allowed third-party partners to develop applications on the platform. To enrich the platform content.

Of course, you can't help but talk about the successful sales experience of Amazon's own product Echo. Its Echo series has sold 5.1 million units, which not only gradually establishes consumer habits, but behind the sales experience is Amazon's rich experience and superior ability to integrate software and hardware.

In addition to technology and the product itself, Amazon's own sales channel advantage has also become the key to success. From the perspective of Amazon's services, if you import products from Alexa services, you can get a higher ranking on Amazon's official website than similar products. This is the key to Amazon's attraction to vendors and the gap with other competitors.

In 2017, when Amazon's terminal products with voice assistants will bloom everywhere, Amazon's Alexa has taken the lead. However, whether Amazon can truly unify the voice assistant market, whether Google, Apple and Microsoft can have a breakthrough development will affect the future situation.