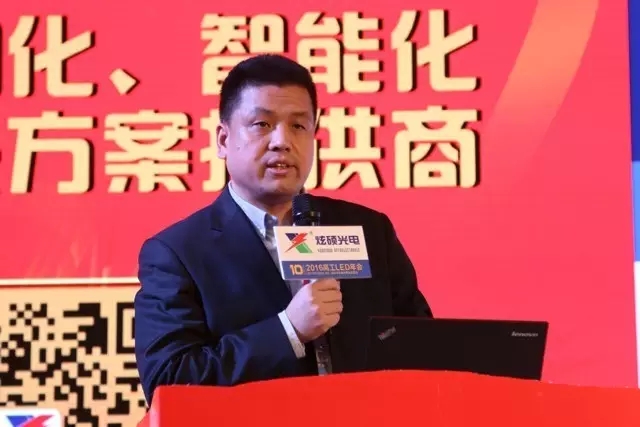 LEDs enter the professional lighting field, first of all to improve light output and light stability.

For example, some of the lights at the ceiling station of Guangzhou South Railway Station are not lit, and higher requirements are placed on LEDs in places where large space is difficult to maintain. In the case of traditional explosion-proof lamps, more power and better protection are also needed.

From the replacement of 150 watts, 400 watts of power, higher power LED replacement encountered some difficulties. In the field of large space professional lighting, the metal halide lamp power exceeds 1KW. In these applications, due to the long distance of space, it is also the demand for directional lighting. It is required to provide output with small angle and high light intensity.

This requires higher brightness and better reliability of LEDs. When we are doing high-power LEDs, taking into account reliability management and optical design, we are faced with some problems and may have some contradictions.

The appearance of the COB package structure has been around for 20 years. In the early days of low-power applications, its performance focused on chip temperature control.

When it comes to a certain power, when the COB field is more than 100 watts from tens of watts, the industry has a lot of professional analysis. The chip temperature control itself can achieve a better range, but after the power increases and the density increases, it Part of the fluorescence of the fluorescence conversion can not be ignored.

If the power is too large, more than 200 watts, its temperature may exceed 300 degrees, and its heat source is not in the chip.

The most common is yellowing, vitrification, and cracking. The presence of blue light indicates that there is no problem with the chip, and the fluorescence conversion lacks the yellow portion, so blue light appears.

Why does yellow light fail? When it exceeds a certain temperature, the fluorescence efficiency drops sharply. The phosphor is attenuated from 200 to 250 degrees, and it is impossible to return to the original state.

For the 150 watt light source, from the structural simulation to the actual finished product test, the temperature is concentrated in the center, and the heat at the center point is difficult to be exported, which is limited by the thermal conductivity of the silicone.

Fluorescent ceramic is a ceramic crystal. A technology converted from laser ceramics matches the visible yellow light part and maintains the characteristics of the original ceramic. It has good thermal conductivity and good temperature resistance.

The effect of our practical application is that, under the condition of 600 watts, the extraction point at 105 degrees can also control the center temperature of the phosphor ceramic to about 120 degrees.

Solving the short board of the package structure is a key to COB's improvement of light efficiency. After the density increases, the pitch of COB is reduced. Generally, we are now making high-density COB. The pitch of the chip is less than 1 mm, and its thermal performance is particularly obvious.

At the same time, the design of the fluorescent ceramic can be well matched with the spectrum of the blue chip, without causing the fluorescence and the spectrum to be too wide, and the repeated excitation affects the efficiency. The ceramics can be designed to increase the output of light through the microstructure of the surface. In the end, we can reach 160 seconds / watt.

The final effect is that under the condition of 300 watts, the extraction point is at 66 degrees, and the highest temperature of the surface of the light source is about 120 degrees.

Through technology transfer, we have developed a crystal matching of fluorescent ceramics in the infrared band of LEDs, positioned in high-power, ultra-high-power COB light sources.

The first generation of light source is 630 days of daily temperature aging as of January 4, 2017, and the aging cycle exceeds 15120 hours. At the same time, the 85-degree aging test was proposed. Two sets of samples were made: 300 watts of samples and 500 watts of samples. At present, it has exceeded 7500 hours, and we are aging under the conditions of +2.1 times of current.

From material research and development, to white light patents, to patents without package structure, we have achieved a series of results, and at the same time obtained 5 international PCT international patent applications, we have a complete patent structure.

Ultra-high power COB applications have very obvious advantages in sports applications. Sports require precise backlighting and small light decay. The domestic level of environmentally friendly lamps has stopped at 120 watts, which limits the size of the light source. In the small size, it is more than 200 watts. It is also a relatively blank field.

Our direction, when the maintenance cost is higher than the cost of the lamp, it must impose strict requirements on the reliability of the LED lamp.

Lithium batteries can be widely used for a variety of applications, including solar or wind energy storage, solar power system, telecom base station, camping, boat, fishing, recreational vehicles, golf carts and other applications. UFO lithium batteries are ready to be your reliable battery option.


Lithium batteries, as a new favorable battery option, have several outstanding advantages over their lead-acid counterparts:

-- Fast charging speed. When using lithium batteries for your electronic device, you can save time for charging and improve working efficiency.

-- Long service life. The lithium batteries provides up to 2000 cycle life with proper use. The features of less maintenance and longevity makes it a perfect option for power supply.

-- Wide temperature range. The lithium batteries can withstand extreme temperature. It can work in a cold winter or hot environment without battery failure. It is suitable for outdoor applications.