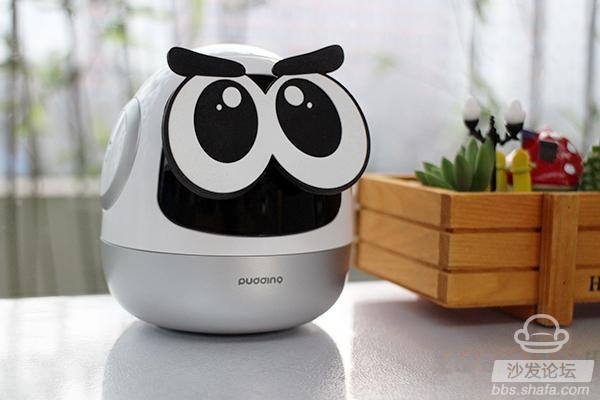 Nowadays, all kinds of consumer electronics products in the market are becoming more and more homogeneous, ranging from smart hardware such as sports bracelets to smart appliances like Internet TV, you can always find too many new products. The feeling of deja vu. Therefore, if you want to survive in a highly competitive market, do not say that it can be widely recognized, but simply give consumers the impression that differentiation is very important.
This law is also applicable to the increasingly fiery home security market. Take a simple intelligent surveillance camera, the product features are relatively simple, and if you don't play with different things, you have to be totally different. As a result, more and more products have begun to make more efforts in appearance design and product functions, such as designing more stylish sci-fi, adding social-related rich functions and so on. The pudding robot that we are going to talk about today is one of the products. Let's look at how it is done in terms of differentiation, and is it easy to use? 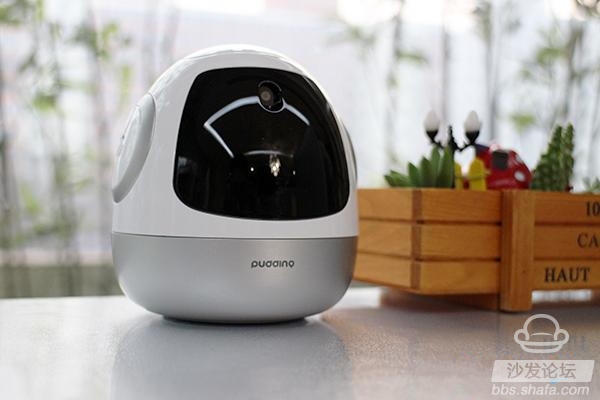 The pudding robot is very cute in appearance and has a high degree of recognition. At first glance, most of you will not think of it as a smart surveillance camera. The chubby figure with its thick base looks like a little alien. However, although it is fat but it is also very small, less than the size of a palm, the height is only about 10 cm, very portable. In the overall color matching is also a common mix of black and white ash, the fuselage body is white, camera head is divided into black, while the base part is gray, can be well integrated into the home environment.
At the same time, the pedestal part of the pudding robot can be rotated 360 degrees in all directions. At the same time, it is matched with a 1.3-megapixel camera with a horizontal viewing angle of 73.6Â° and a vertical angle of 58.6Â°, and a wide-angle 720P camera. When placed properly, it can basically cover the entire room. 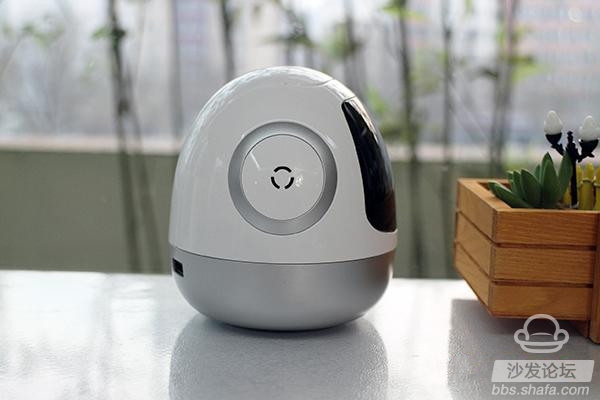 There are a pair of "ears" on the robot's head. They are not just for aesthetic purposes but for the pudding's "mouth" - two speakers. With the microphone on the body, it can function as voice interaction, music playback, single monitor recording and two-way dialogue. In practice, the recording and playback quality of the pudding is very clear in quiet situations; but if the environment is a bit noisy or the camera itself is turning, it sounds a bit awkward. 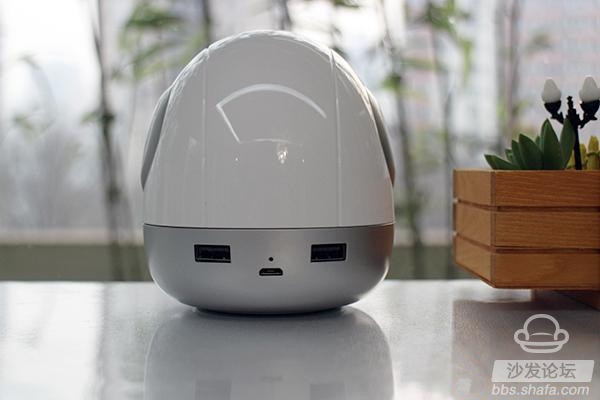 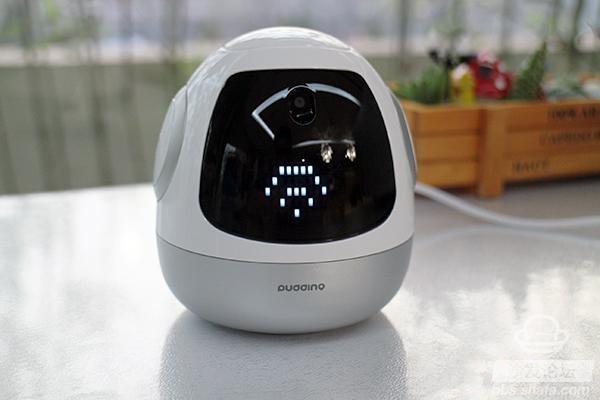 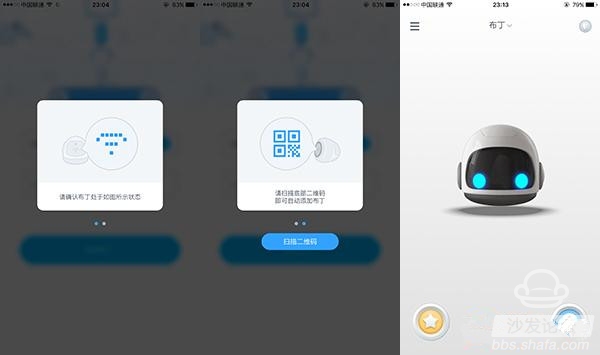 By downloading a good pudding robot app, we can easily integrate it with a mobile phone by scanning the QR code and easily access the wireless network.
Can be interactive and practical entertainment

In addition to its distinctive appearance, the pudding is also very functional. Its biggest feature is support for voice interaction, but also accompanied by colorful vivid expressions; yes, you are not mistaken, is a variety of facial expressions, because the pudding's face is composed of 85 LED light array, while lights The array display adopts an independent MCU control. The display basically has no delay and can be composed of different patterns and expressions. It is very adorable and adorable. 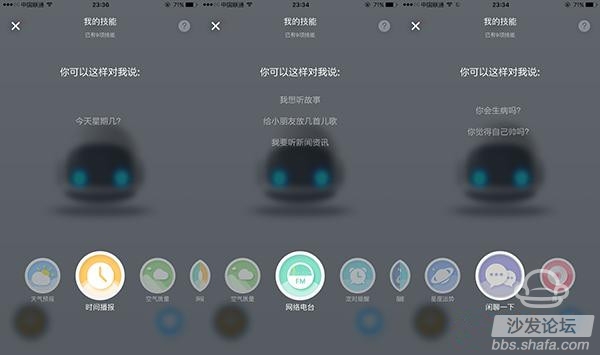 The pudding's voice interactive function can first provide a very practical life service, for example, you can ask it directly, how the weather is, what time it is, an alarm clock and the like. He will tell you aloud, and be accompanied by a specific expression, it is more of a sentimental and enhance the user's enthusiasm for interacting with him. 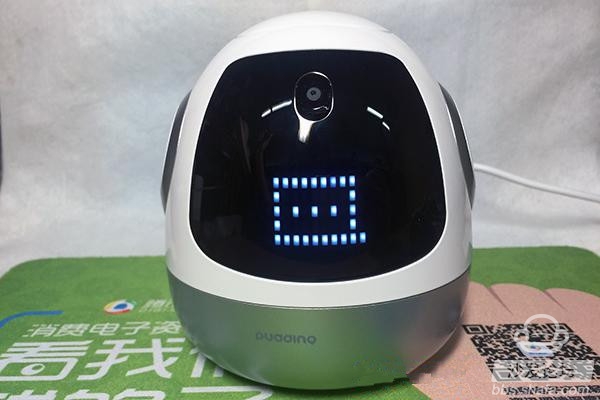 The "face" when talking about comic dialogue
Having said practical features, the truth of the pudding is revealed. In fact, it is more like a physical version of the voice assistant, but it is more like selling. It can chat with you, tell you jokes, talk comics and sing for you. Of course, it certainly will not miss its iconic facial expression. 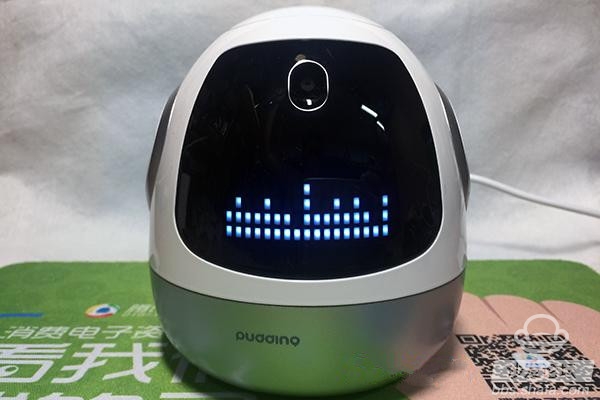 The "expression" when singing
In actual experience, the pudding's volume can be adjusted by the mobile App, and the overall sound quality and sound volume are also good and worthy of recognition. At the same time pudding is built-in gravity acceleration sensor, you can tap the top of the robot to achieve the song, mute and other functions, and tilt "pudding" can stop the music playback. However, the way of tapping is sometimes unsatisfactory in practical use, the response is not sensitive enough, and further optimization and improvement are needed. At the same time, if the voice can be added to the song control, it is better.

Of course, the pudding robot is not just a toy that sells, but the safety monitoring function is his job. It can capture real-time images of 720p, which is quite high definition in some home monitoring devices I have used. However, because it does not have the night vision function, the picture is not ideal in a weak light environment. . 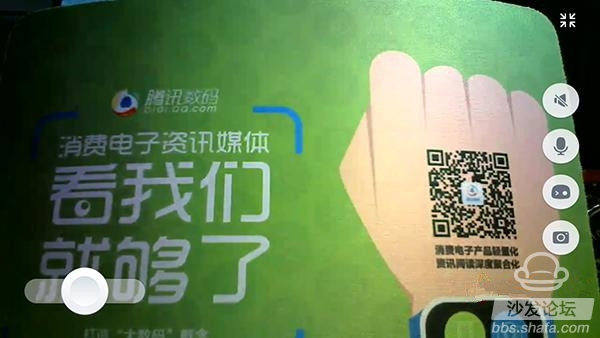 Real-time monitoring screen
Similarly, the pudding also supports the remote control of the rotation of the camera on the monitor screen, so the operation is very convenient and easy to use. However, when viewed in real-time through the mobile network, it does not support the selection of low-resolution images, so that the screen transmission is slightly delayed, but at the same time can not help so often that the flow of traffic I feel a little hurt ... 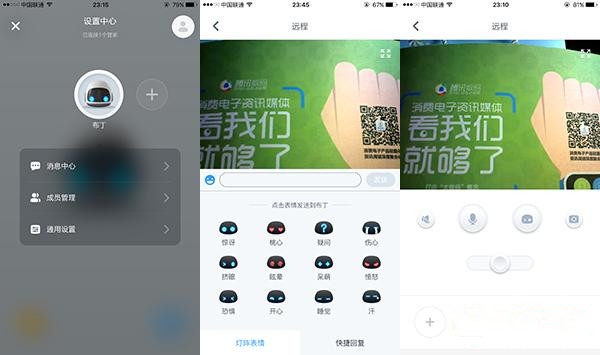 The innate nature of pudding robots also extends to the two-way calling function of monitoring. Remote users can not only interact with relatives and friends at home through common voices and texts, but also use pudding's facial display to send playful expressions. This is very interesting. 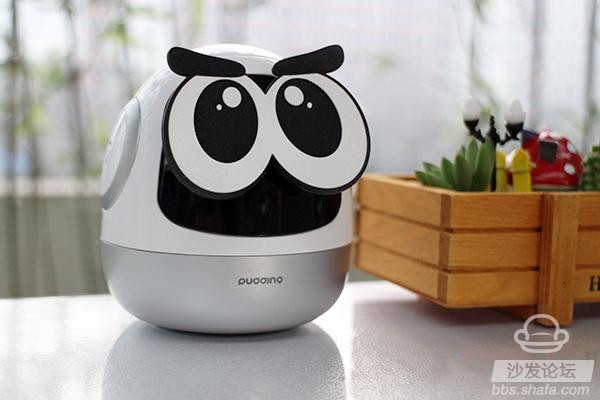 Big eyes sleep sticker
In addition, the pudding robot has also added an intimate sleeping paste function. When you don't need it to work, you can stick it directly to the camera, and the pudding immediately sleeps, which helps protect the user's privacy.

Summary: It will not be wrong to sell your product 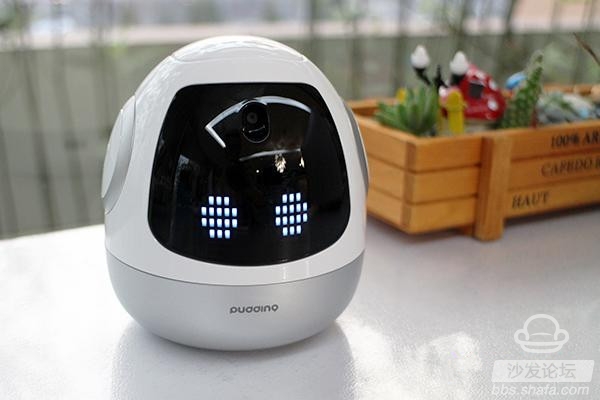 The set-up of the pudding robot is very simple, and the process of pairing and accessing the network is also very easy. The application process of the APP is also very easy. The user who uses the monitoring device for the first time can basically easily get started. In terms of function, it is also possible to achieve a full range of no-failure monitoring. The clarity of the picture is acceptable, but the absence of the night vision function has to be said to be a pity.

Although pudding's voice interaction is not perfect during the entire experience, occasionally there will be "I haven't learned this skill yet" reply. But in general, the pudding used a different way to make a smart surveillance camera, so that it can bring more fun to our lives. In addition to the voice recognition function, it also introduced a variety of expression interaction methods. It was very worthwhile for me to be impressed by the fact that it made it look like one. If you are considering setting up a monitoring device for your home, consider this smart surveillance camera that will sell.