The traditional temperature and humidity closed-loop control usually uses switch control or PID control. The former is simple to implement but has poor accuracy, and the latter has high accuracy, but a mathematical model needs to be established, and the parameter setting requirements are high. , It is not easy to accurately model. Fuzzy control theory is an adaptive control technology that can simulate human brain intelligence and changes with the environment. It is suitable for nonlinear systems and complex systems that are difficult to accurately describe with mathematical models. Further, a new control mode combining neural network and fuzzy inference can be used. 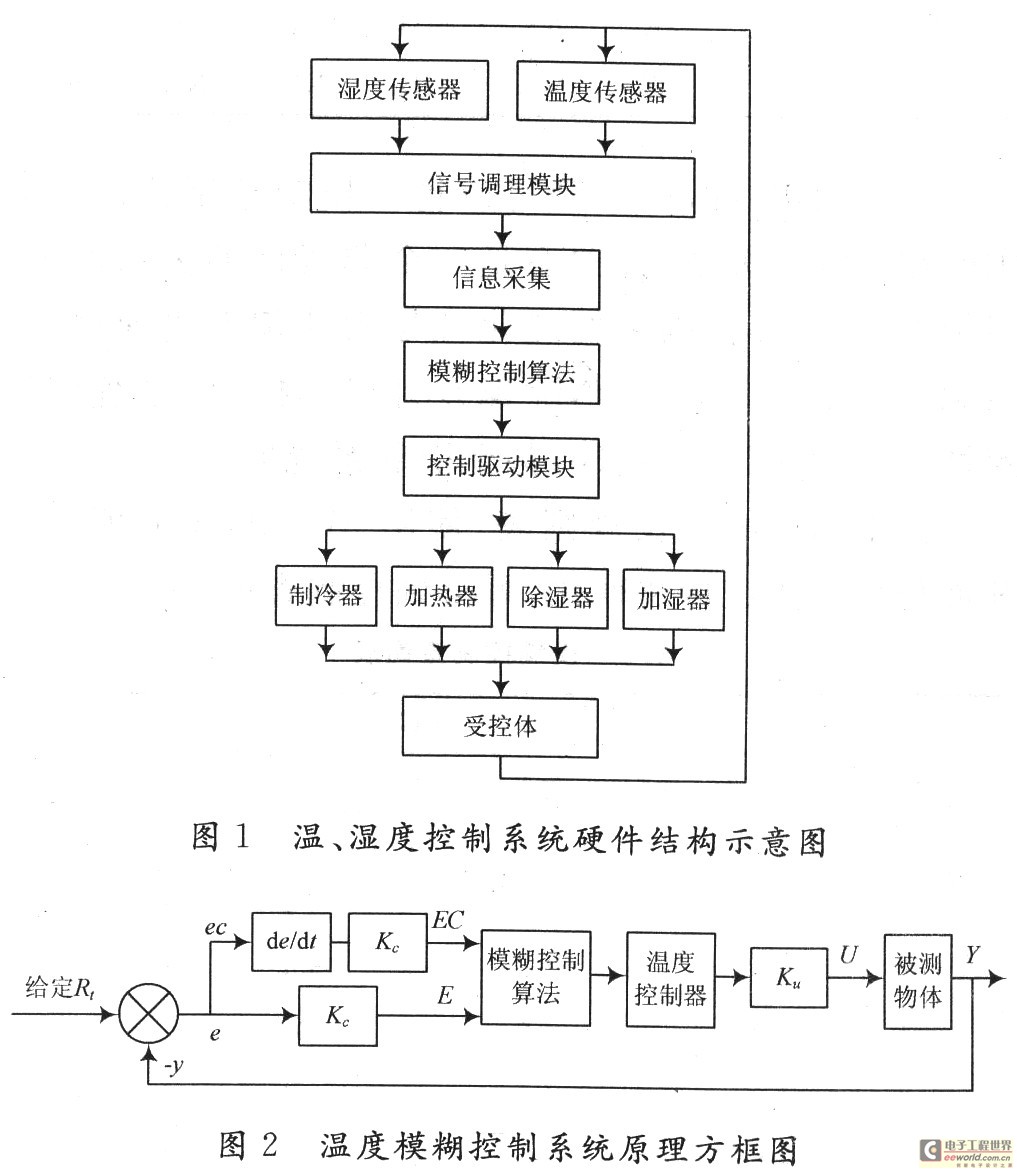 The typical fuzzy logic control consists of three parts: fuzzy, fuzzy reasoning and clarity. The following uses temperature control as an example to specifically explain. According to the traditional fuzzy control model, the principle of the temperature fuzzy control system in this design is shown in Figure 2. 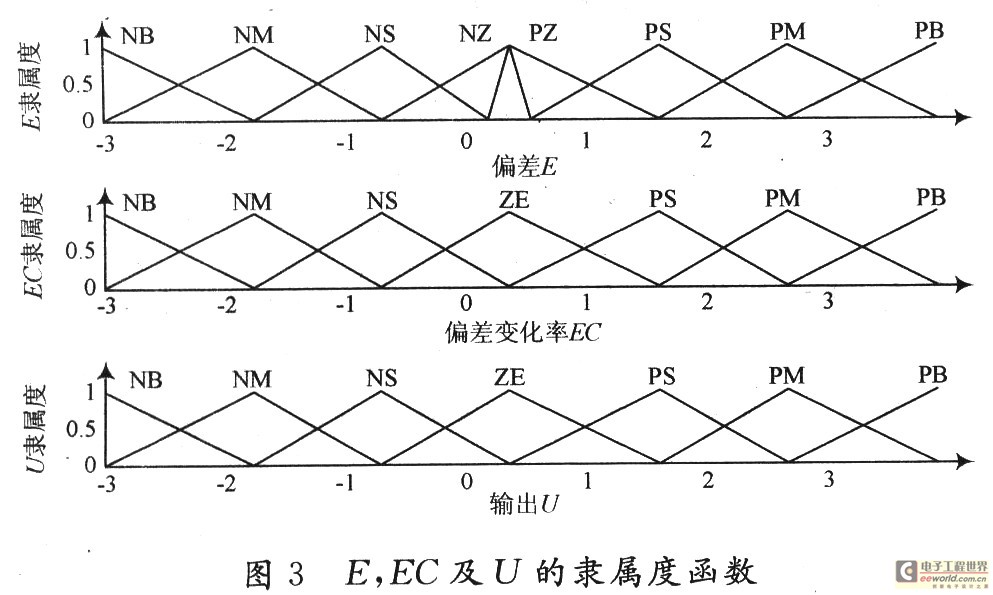 According to the input / output characteristics of the control system, with the elimination of temperature deviation as the control objective, the control rules are formulated as shown in Table 1. 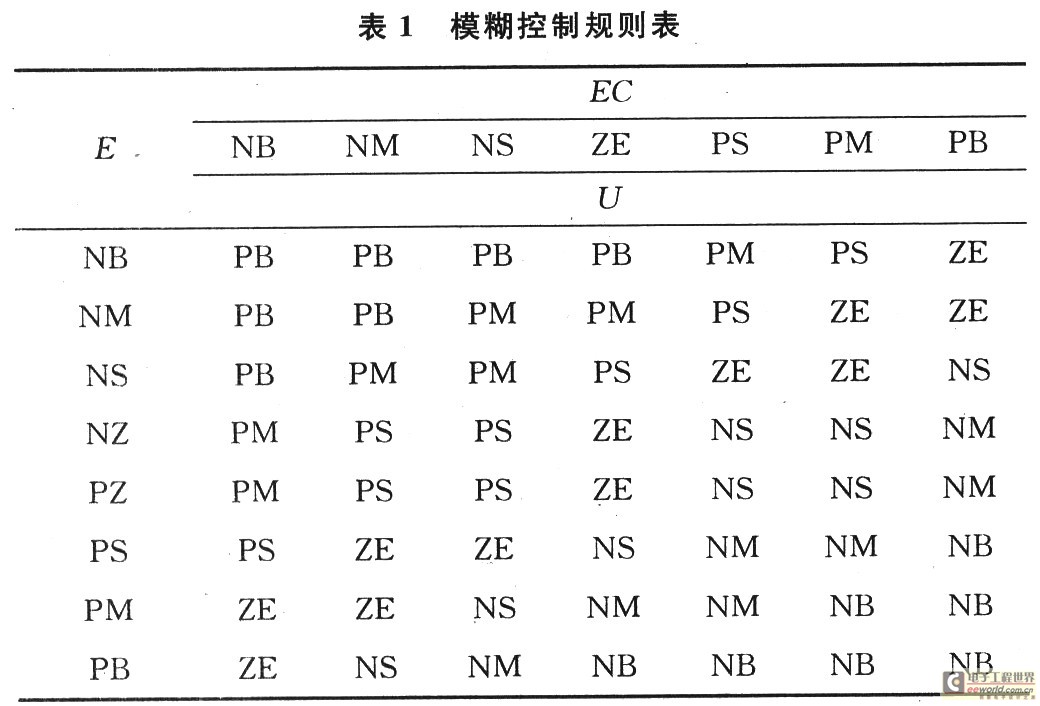 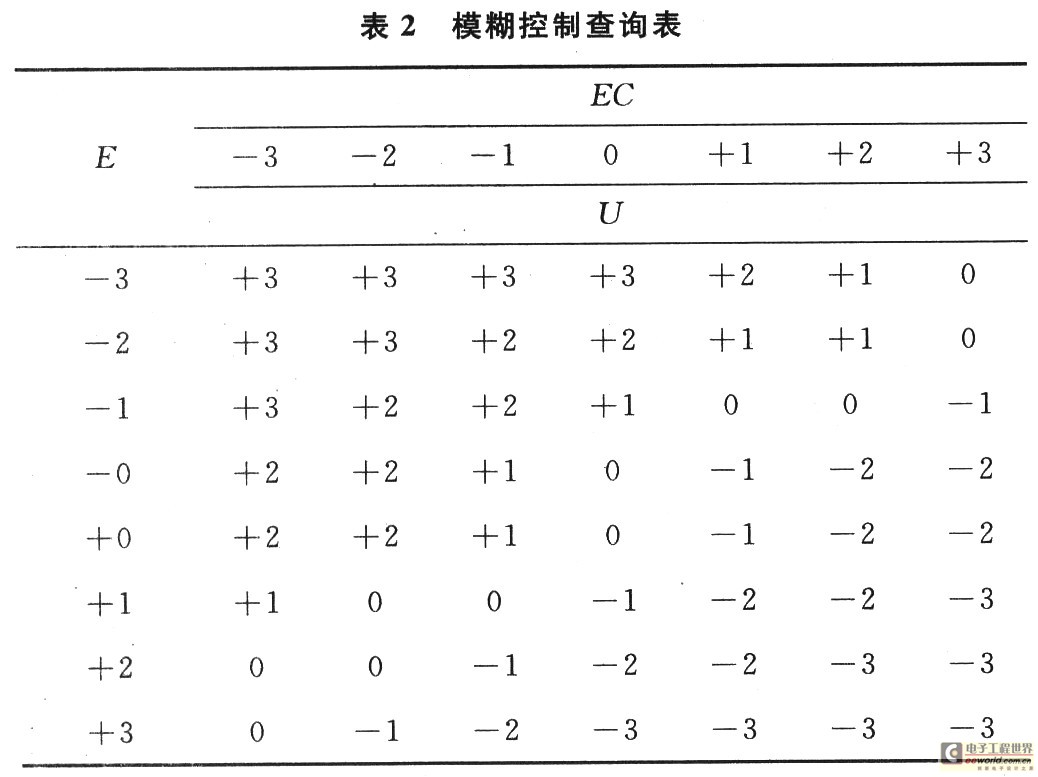 The actual meaning of the corresponding output U is shown in Table 3. 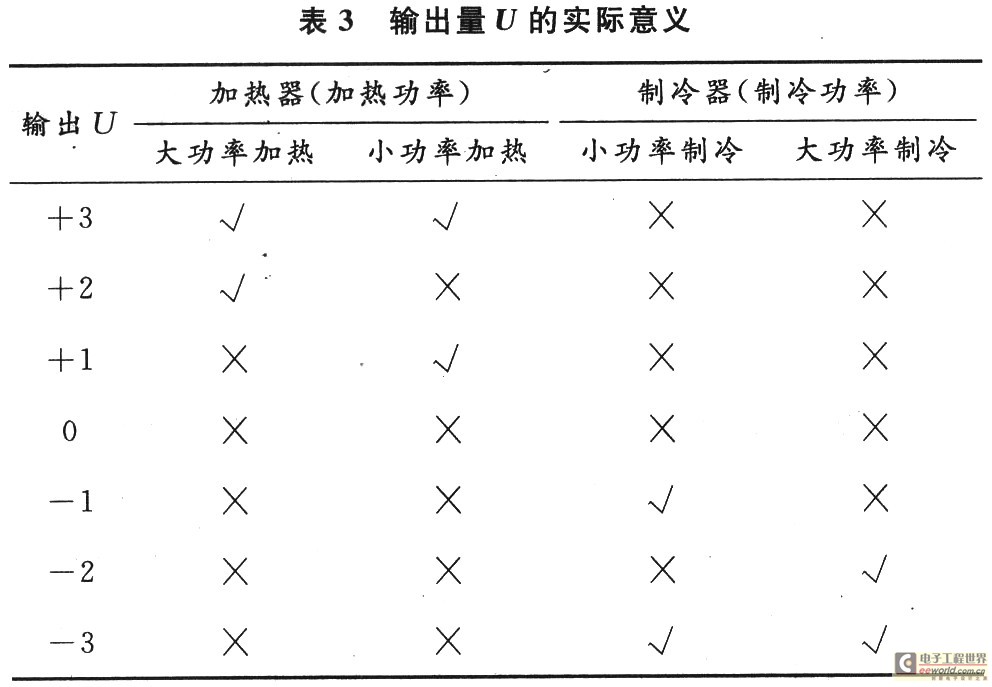 Note: âˆš means start; Ã— means not start. Working mechanism: according to the two-dimensional constant array established by the fuzzy control lookup table, the input deviation E and deviation change rate EC are quantified to its basic variable domain, and the rows and columns of the array are retrieved in real time The look-up table obtains the real-time output U, and controls the heater or refrigerator according to the actual meaning of the output U, thereby driving the temperature to stabilize at the set value. 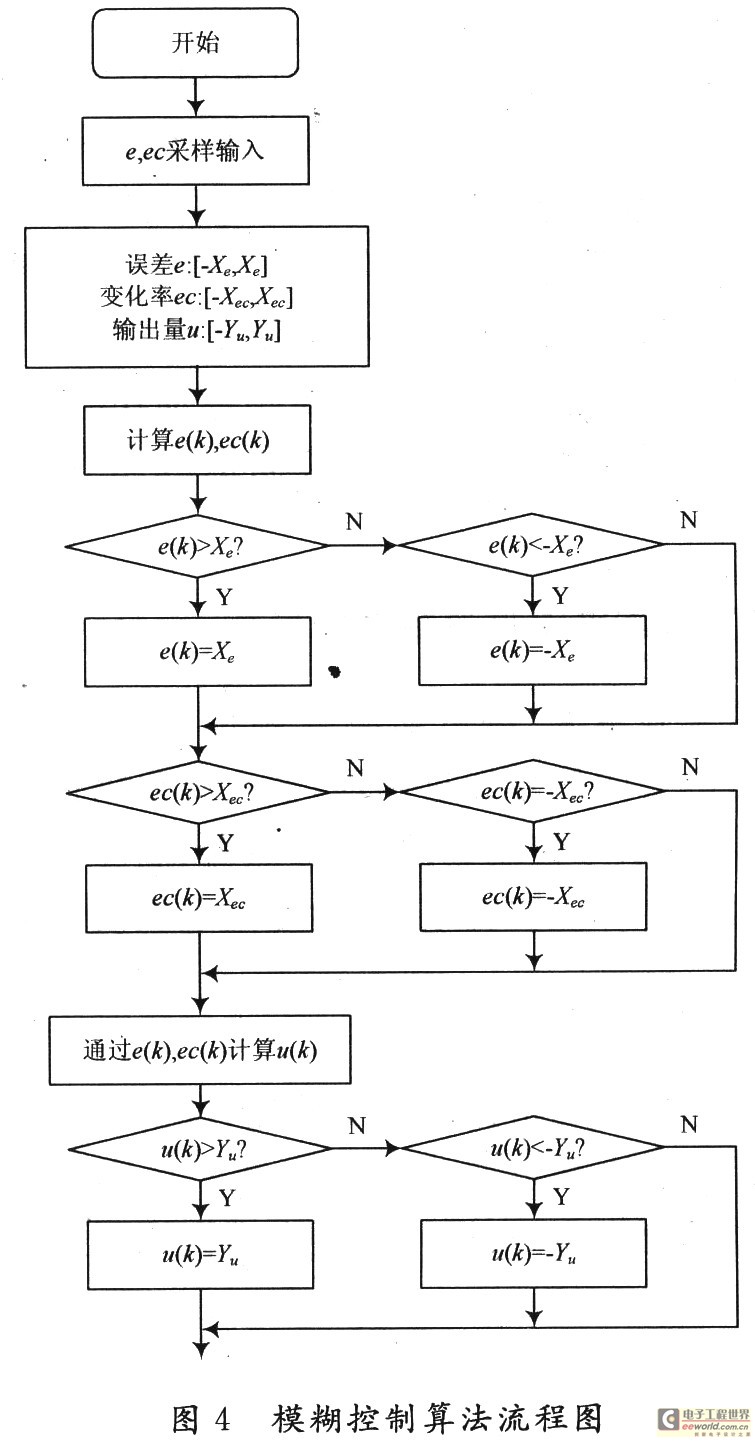 The external ambient temperature is reduced from 16 Â° C to -20 Â° C. The application effect is shown in Figure 5. It takes 510 s from the beginning to the basic stability (Â± 1 Â° C difference from the set value), and the fluctuation range after the system is stable is Â± O. Within 8 â„ƒ. Convergence speed and system stability are related to quantization factor and scale factor. Reasonably choose quantization factor and scale factor to achieve a balance between convergence speed and stability. 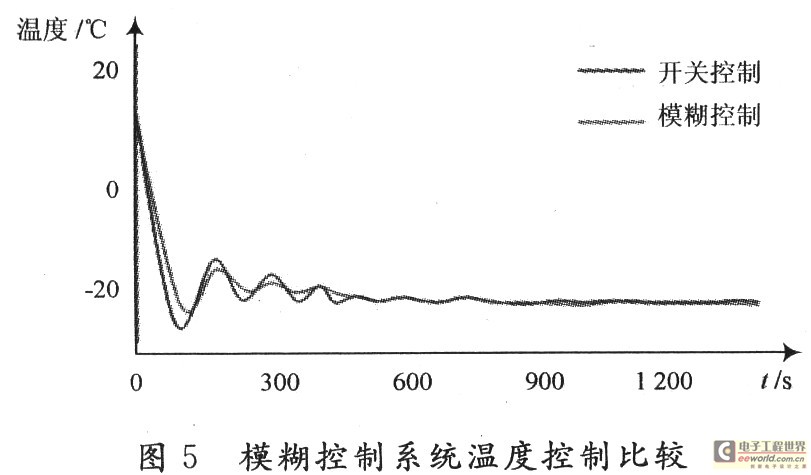 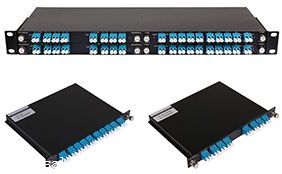